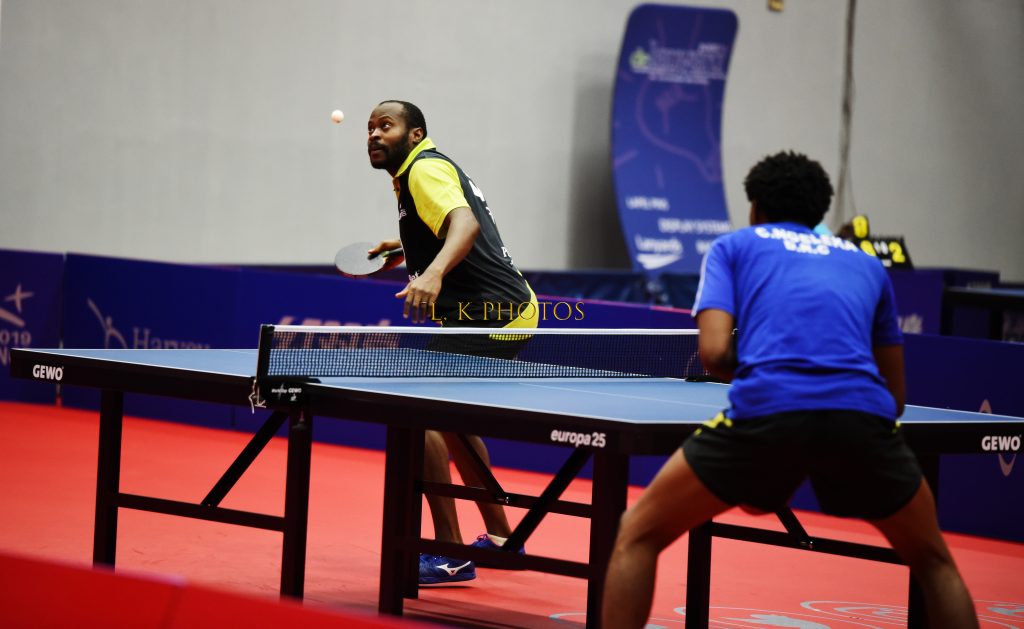 Having ended 2019 as 20th ranked player in the world, Aruna Quadri has started the New Year as the 18th world best player following the release of the January 2020 ranking by the International Table Tennis Federation  (ITTF).

In the rating, Quadri moved up by two steps to remain the undisputed Africa best ranked player being his best ranking in his career.

Also in the Olympic ranking released alongside the world rating on Thursday January 2, 2020, Quadri maintains his status as 18th best as well.

An excited Quadri said the ranking means more hardwork in the New Year.

“As long as I am happy I am starting this year with this ranking;  this also means I need to continue to work harder because remaining on top is more work. So having achieved quarterfinal feat in Rio, I think medal is possible in Tokyo. But I am hoping to qualify soon as the qualifiers is more competitive this year. But in all this would not have been possible without the singular support from Baba Ijebu Bet, a company that kept faith with me and I have been able to attend more tournaments with the hope that I will continue to improve,” he said.

For the Chairman, Baba Ijebu Bet, Sir Kesington Adebutu, the company is excited about the feat achieved by Aruna Quadri on the global stage, having attained his highest ranking under the support of the company.

“We are happy and want to congratulate him as our sports ambassador; we hope he will continue to act as a role model for the youth as we remain steadfast in our support towards his Olympic medal dream in Tokyo”,  Adebutu said.

Omar Assar of Egypt dropped to 29 from 28 while the success story of Senegal’s Ibrahima Diaw continues. He has again moved from a previous best of no.82 to no.76. This makes it the second month running, that he sets the highest world ranking ever achieved by a player from Senegal.

Nigeria’s Olajide Omotayo also slide to 86 from 85 in the world rating.

China’s Fan Zhendong reclaims the summit, as Japan’s Mima Ito moves up to world no.3.