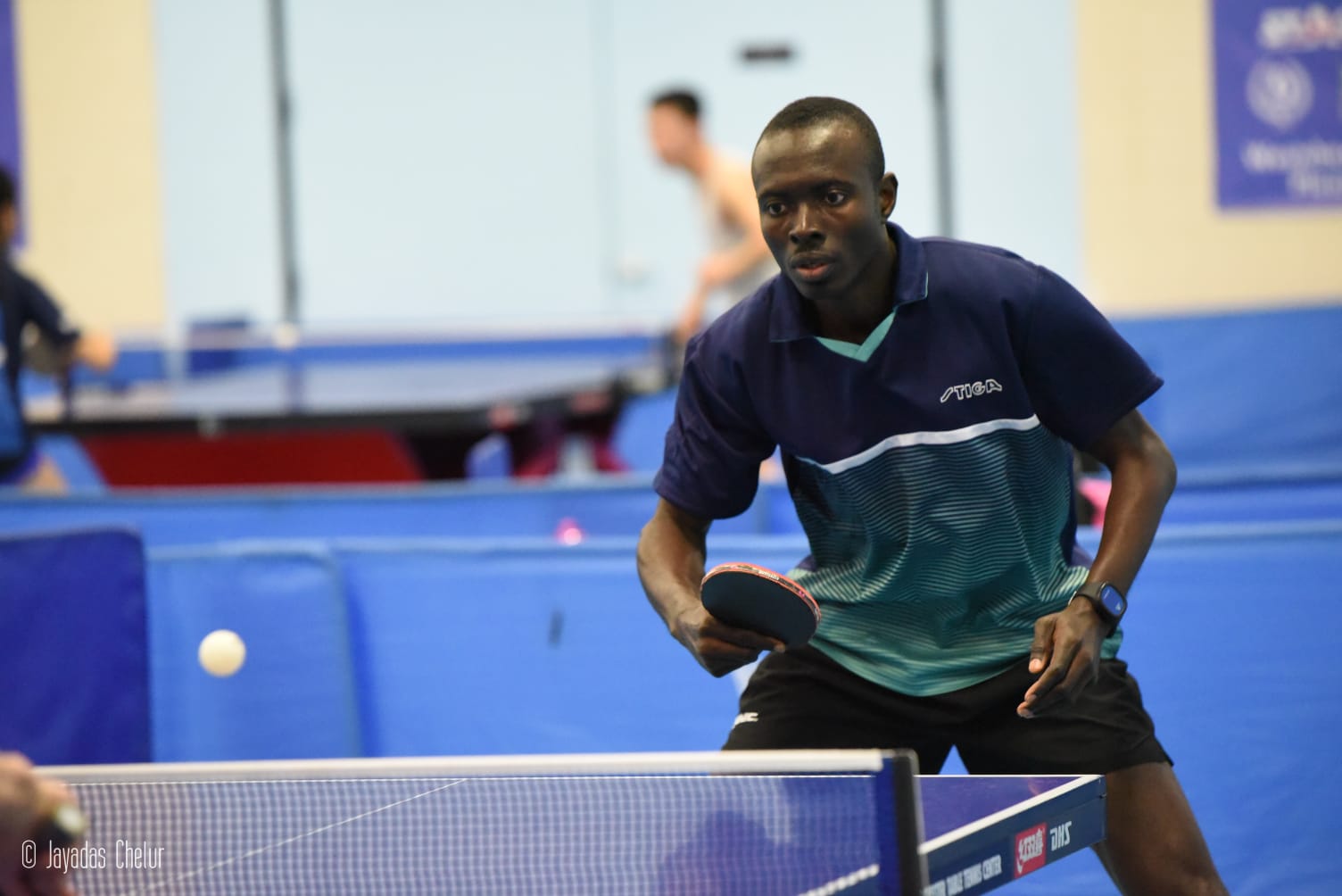 Derek Abrefa shines in the US

Ghana’s six time Table Tennis SWAG award winner shines in Westchester, United States of America, where he is currently on a training tour.

Derek Abrefa won the January Westchester Open in the U2500 rating. The U2500 Table Tennis rating is the second highest rating category in the United States. Players from within the states and around the world participate in this category.

At the group round robin stage were three players. Derek Abrefa, Chang Chen and Ainish Dassarma. This was a group of established players and only two players would move on to the quarter final stage.

Derek was first in the group after keenly contested matches. He won 3:0 against Chang Chen and 3:0 against Ainish Dassarma.

At the quarter final stage he played Charlie Wang whom he dispatched in four matches 7:11, 11:6, 11:9, 11:9. At this stage players, officials and spectators took note of him. His unique and powerful playing style captivated spectators.

News of the Ghanaian Table Tennis star and his performance had spread at this stage of the tournament which made the final match a much anticipated encounter.

Ange Cedric Oba, an Ivorian number one professional player was the opponent in the final. An experienced player who is ranked 673 in the world showed signs of his current form by winning the first two games. However Derek rediscovered his rhythm and fought his way back in the third game to win at 12 : 10. The game ended in three games to two in favour of Derek Abrefa of Ghana – 4 : 11, 9 : 11, 12 : 10, 14 : 12.

In an interview he expressed the following “I thank God for this great victory. I also want to use this opportunity to thank Stanbic Bank Moneywallet for this training tour. It wasn’t easy for me because of the level of players in the tournament and I am happy I finally made my way through to win the ultimate prize. This training tour has sharpen my skills and will help me in all future tournaments and enable me win laurels for my Ghana. I also thank the Ghana table tennis Association for their support from the beginning of this journey. The Ghana immigration service especially the head of sports Mr. Samuel Ayer for his guidance before and during this tour, My coach Ebenezer Anang-Whyte and to all my fans out there who supported me both physically and spiritual, I say God richly bless them all.

He however lost at the quarter final stage to Kai Zhang in the singles open tournament. We at Gh Table Tennis wish to congratulate Derek Abrefa, 6 times Sports Writers Association of Ghana(SWAG) Table Tennis SWAG Award winner for making the nation proud.