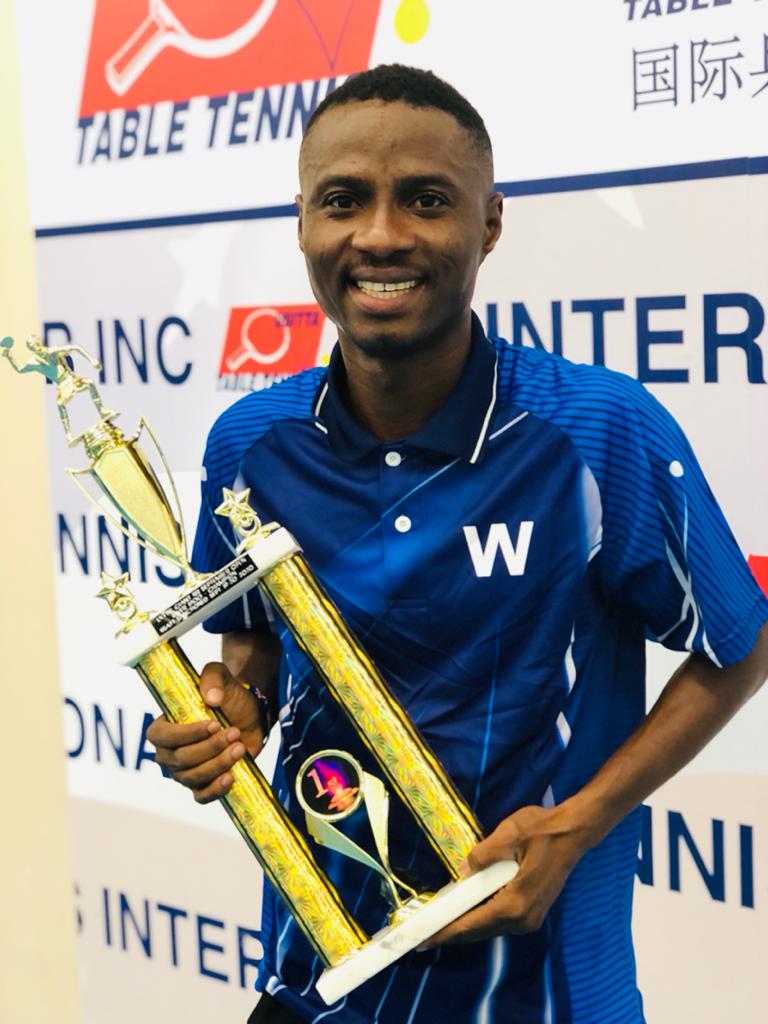 Felix Lartey dominates in the USA

Ghana’s 3 time SWAG Table Tennis award winner dominates in Westchester, United States of America, where he is currently on a training tour.

Felix Lartey won the September LYTTC Giant RR September Open in the U2500 rating. The LYTTC Giant RR tournament is a USATT Sanctioned tournament which was played in the under 1900 and over 1900 category, with the winners taking home USD 200.00 and USD 500 respectively.

Felix Lartey a member of the black loopers competed in the over 1900 category which had thirty four (34) registered players. The players where categorised into four (4) groups, with each group comprising of 8 players. Felix Lartey was in Group 1 which had the likes of Alex Averin, Kelly Liang, Ainish Dassarma, Suman Saurabh, Steve Hopkins, Preston Stecklein, Gaelan Mullins and Rafi Hosein.

With his abled coach, a former black looper Courage Nenevi in his corner, Felix won all seven matches in the group stage, to qualify for the top 16 stage where he played and beat Lucy Leing. Richard Dewitt was his opponent in the quarter final stage whom he defeated to advance into the semi final.

Jayden Zhou a Chinese American was his opponent in the semi final stage. Jayden is a highly rated junior player who plays for the junior national Table Tennis team of the USA. The budding talent was no match for the vastly experienced Felix Lartey, the match ended in three games to zero (3 – 0) in favour of Felix Lartey.

The final game was one, which was won, based on the desire and determination from Felix to be a champion of the tournament. Gregg Bartz a former USA Table Tennis national player was the player who stood between him and victory.

The determination of Gregg was evident from the start of the match, he led by two games to one (2 – 1) and needing only a game to win the tournament, which was a best of five encounter. However Felix had other ideas he fought in the fourth game to level the match at two games all.

With Gregg ruining his missed opportunity, Felix dominated in the fifth and final game to win the September edition of the LYTTC Giant RR USA Sanctioned open tournament.

He was rewarded with a huge trophy and congratulatory words from Mr. William Shortz of Westchester, who was pleased with his performance and edged him to train even harder for the upcoming tournaments.

From us at GH. Table Tennis we say “AYIKOOOOOOOOO!!!”