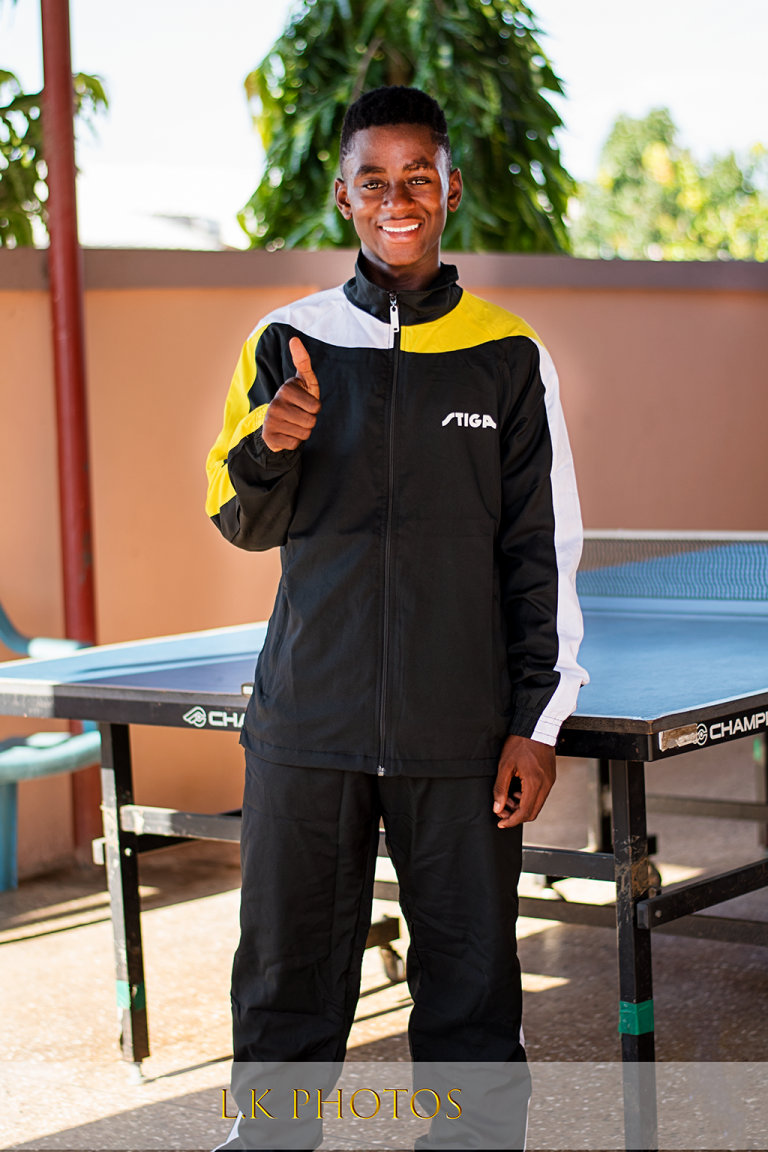 The year 2020 started like any other year. A year in which athletes were preparing for the biggest sporting event in the world, the Tokyo 2020 Olympic Games.

However, every activity had to be brought to a halt due to the Novel Coronavirus. Associations affiliated with the International Table Tennis Association(ITTF) had to cancel their programs. This brought untold hardship to players and coaches of the sport.

In order to help our communities cope with the new normal #TableTennisUnited decided to intervene with stimulus packages for the Table Tennis community.

As a result we at GH. Table Tennis applied for support from #TableTennisUnited for one of our budding talents, Richard Ofori, who is a junior national Table Tennis player in Ghana who needs support to enable him to reach his fullest potential.

We were pleasantly surprised when we received a response from #TableTennisUnited. They provided training kits, which comprised of canvas, jersey, tracksuit, and rubbers.

A delighted Richard Ofori thanked #TableTennisUnited, and this is what he had to say:

“Thank you #TableTennisUnited for making my dream come true”

We would like to take this opportunity to thank the following people who provide help to Richard Ofori.

We at GH. Table Tennis would wish to thank #TableTennisUnited for their immense support during this period of hardship and we promise to also do our part to help promote the game.