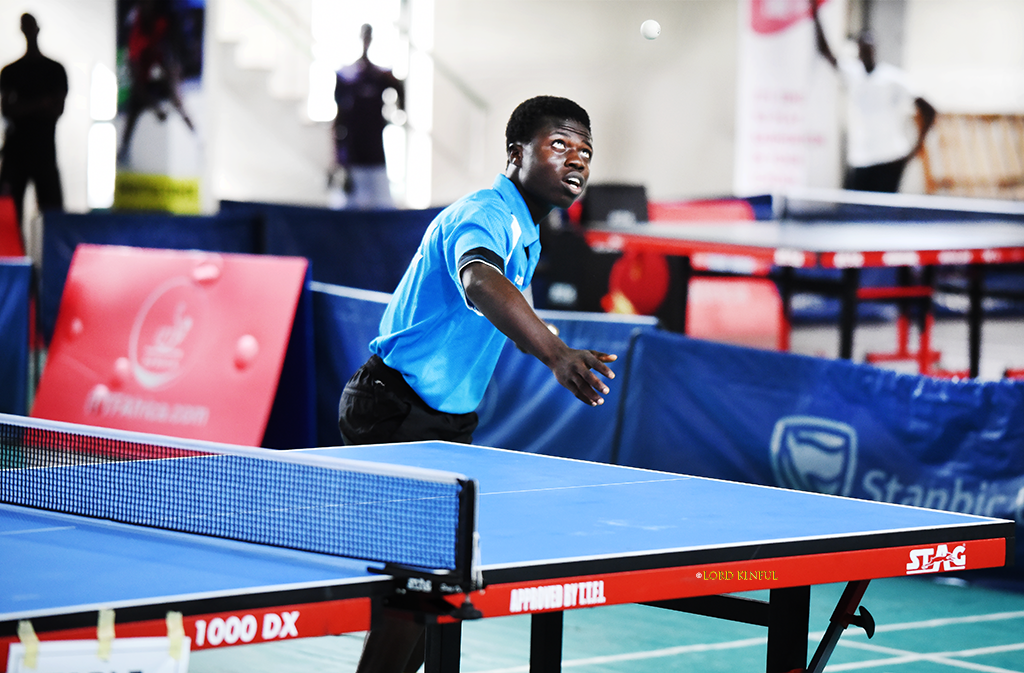 Our recent history has been one of sorrow, with several irreplaceable lives lost to the deadly COVID-19 virus.

The humanity in us is at its highest, with communities engaging in self-help projects to preserve lives and maintain sanity in our communities.

Senior Table Tennis players in Ghana embarked on a self-help project. Table Tennis has provided a source of hope to several Ghanaians. Through the sport, individuals are gainfully employed and as such, they embarked on a crowdfunding project aimed at generating 5,000.00 ghs for a cadet and junior championship named the players tournament.

The Players Tournament was organized on the 28th of August 2021, at the D.J Hathiramani Sports Hall in Accra. This was a mini cadet, cadet, and junior championship which had participation from players across the length and breadth of the country. A total of 180 players were registered, through a google form, which was unprecedented in the history of our cadet and junior championship.

As a self help-project funded by Senior table tennis players in Ghana, it was imperative that the Ghana Table Tennis Federation lend a helping hand and provide the needed guidance to ensure a successful tournament.

Ping Sans Frontieres, whose goal is to use table tennis as an educational tool worldwide, saw this tournament as an opportunity to spread its message of education through sports and as such provided sponsorship in the form of table tennis rackets, rubbers, and t-shirts.

A one-time Ghana national team player Courage Nenevi, who is currently based in Westchester New York, also provided table tennis rubbers and t-shirts to help augment the price package for the players.

There were three categories, namely under 11, 13-15, and 17-19 for both male and female athletes. This ensured an even distribution of players and helped to improve the level of competition. Below are the winners of the maiden edition of the player’s tournament.

Ibrahim Gado, confirmed his status as the finest cadet player in the country when he won the juniors title in a keenly contested match between him and James Marfo, which ended in a three games to two ( 3:2) in favour of Ibrahim Gado.

Blessing Labanti, a rising star in the female game in Ghana. A cadet from the Gamashie Table Tennis Club under the coaching of Lord Kinful has won three out of four tournaments, within the last three months, won the cadet U 13-15 female division.

The player tournament produced winners. Below are the winners in their glory.

The player’s tournament was an idea led by Lord Kinful, however, through the hard and dedicated work of Francis Frimpong, Ishmael Armah, Charles Techie-Menson and Owusu Ansah who formed the organizing committee the tournament came to fruition.