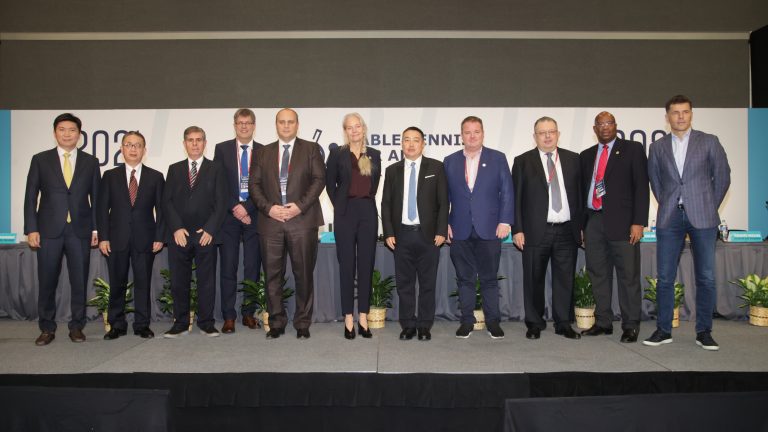 The Secretary-General of the Nigeria Olympic Committee (NOC), Olabanji Oladapo has been reelected into the International Table Tennis Federation (ITTF) Board of Directors (BoD) at the end of the annual general meeting (AGM) of the world body in Houston, Texas, United States.

Also, the President of the Nigeria Table Tennis Federation (NTTF), Engr Ishaku Tikon, and NTTF Board member, CP Elderson Bankole have been appointed to the veteran and para commissions of ITTF.

Earlier, in the year at the African Table Tennis Federation (ATTF) held through virtual, Oladapo topped the list of eight candidates from Africa listed for ITTF BoD.

However, after the election of Executive Vice Presidents which produced Nigeria’s Wahid Enitan Oshodi as the candidate with the highest votes among the eight elected VP, the reelection of Oladapo and 31 others were ratified and confirmed by the Executive Committee (EC) of the world table tennis ruling body.

Tikon and Bankole nomination into the veterans and para commissions was confirmed at the end of the AGM late on Wednesday, November 24 by ITTF.

Meanwhile, the President of ATTF, Khaled El-Salhy has hailed the election of Oshodi and Alaa Meshref of Egypt as Executive Vice Presidents of ITTF being a feat by the continent.

“It is a very honorable day for the Africa Table Tennis family, today Wednesday, November 24, 2021, as the continent got two slots in the highest ruling arm of ITTF Executive Committee for the first time in its history. Congratulations for Wahid Oshodi and Alaa Meshref and congratulations for the whole family of Table Tennis in our continent,” the ATTF chief said.

He added: “This is the second time in a row to show to everybody what Africa could achieve when it is united and fully supporting our representatives; as the first time was last year when we succeeded to support South Africa to win the bid to host 2023 WTTC in Durban, and this year to win two representatives of Africa in ITTF EC. I have to say frankly, it is time now for Africa to continue the road of success in the future.”