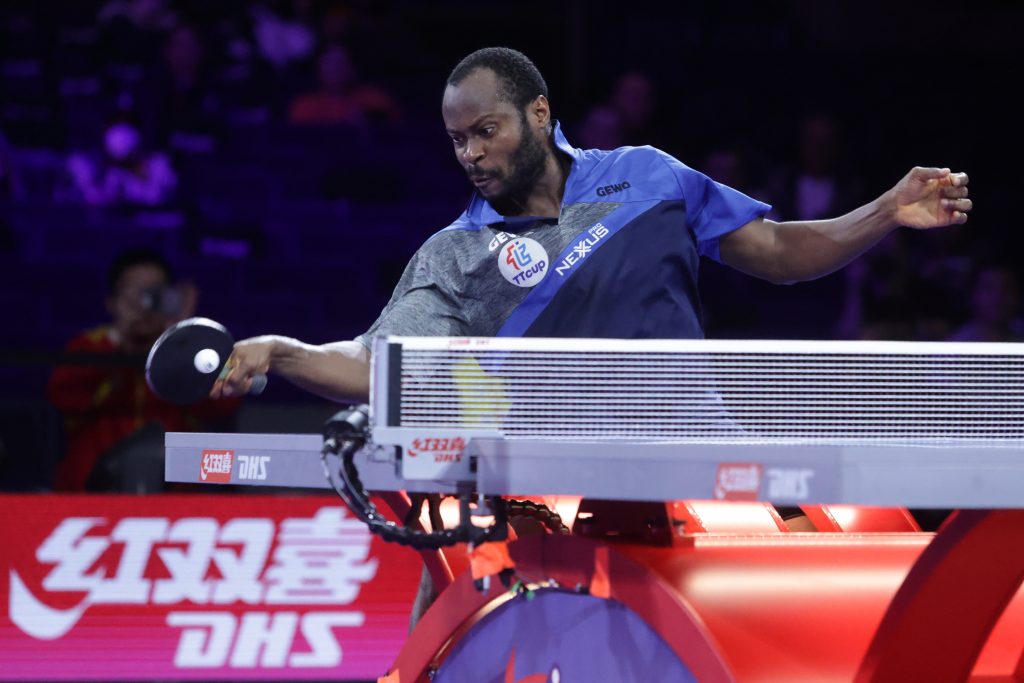 The city of Houston stood still for Nigeria’s Quadri Aruna on Friday, November 26, after the Nigerian became the first African to reach the quarterfinal in the history of the ITTF World Table Tennis Championships Finals.

The Nigerian made his presence felt amidst the array of stars competing at the 2021 ITTF World Table Tennis Championships Finals staged at the George R. Brown Convention Center in Houston, Texas, United States.

Earlier on Thursday, Aruna had beaten the round of 32 records set in 2019 by Egypt’s duo of Omar Assar and Ahmed Saleh after he breezed into the round of 16. But late on Friday, November 26, he erased the record to set another one with a place in the quarterfinal of the championships.

“It’s amazing. I had to dig deep and I gave everything I had. I’m excited about the quarter-final. I’ve been playing very well and the spirit of never giving up is always there,” said Aruna during a post-match interview.

The Nigerian is expected to confront another Swedish record-breaker Truls Moregard in the quarterfinal late on Saturday, November 27.

According to ITTF, players from Africa, Europe, North America, South America, and Asia are expected to continue lighting up the historical event which is being hosted in the Americas for the first time in its storied history.

While the Asian and European players have not disappointed with their stellar performances, their challenges on the international stage are now continuously being challenged by emerging powerhouses from the rest of the world, making table tennis a genuinely global sport.

African table tennis continues to shine brightly after Aruna’s historic passage to the last eight at the World Table Tennis Championship. “It means a lot to me,” he said, “especially for Nigeria and the whole of Africa. Table tennis is growing very fast in Africa. Now we have several players in the Top 100,” said Aruna.

American Kanak Jha also proved he could match up to anyone on his day. The 21-year-old American is part of the new generation of up-and-coming stars destined to light up the competition in the table tennis world. He is the first man American player to reach this stage since 1959.

Although fellow Pan-American Adriana Diaz did not qualify for the quarterfinals, she achieved her best result during this World Championships by reaching the round of 16. The first female table tennis player to represent Puerto Rico on the Olympic stage hopes many will follow her path. “I want to move the sport forward, make more people play, and bring even more people to my sport,” she said after her match.

While this year’s World Championships quarterfinals truly showcase the universality of table tennis, the ITTF will do its utmost to foster new initiatives and ultimately grow the sport worldwide. 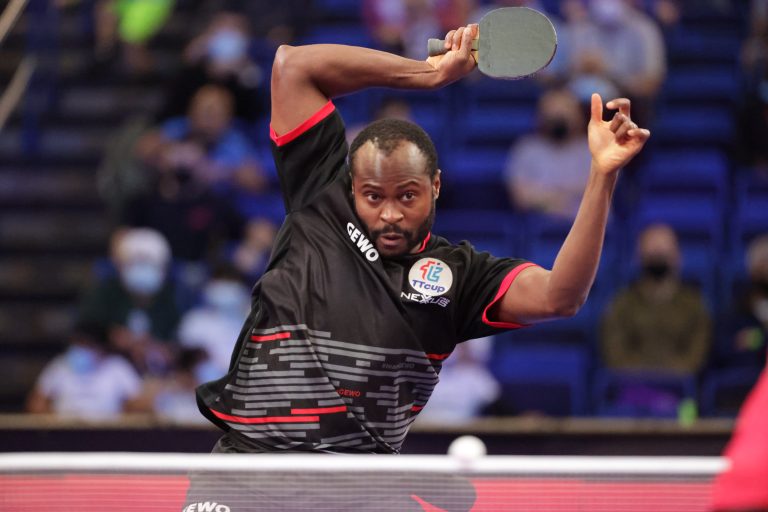 In his usual style, Nigeria’s Quadri Aruna has again set a new African record at the 2021 ITTF World Championships taking place in Houston, Texas, United States after the former ITTF World Player of the Year qualified to the round of 16 of the Men’s Singles as the first African to achieve the feat.

It was Egypt’s Omar Assar and Ahmed Saleh that had the best record at the global tournament in Africa has made it to the round of 32 but with the performance of Nigeria in Houston, and the only African still competing in the Men’s Singles, Aruna inked new record after passing a litmus test against Indian Sathiyan Gnanasekaran.

Aruna earned his ticket to the Round of 16 following a breathtaking clash with the clever Indian star. Aruna and his opponent put everything into the encounter by exchanging explosive rallies throughout the contest.

On Friday, November 26, the Nigerian will face Sweden’s Kristian Karlsson for a place in the last eight (quarterfinal) of the championships.
In continuation of what happened on Day Two, fourth seed Chinese Taipei superstar Lin Yun-Ju crashed out of the Men’s Singles draw following a pulsating head-to-head against Republic of Korea’s Lim Jonghoon.

Lin Yun-Ju ranked 55 positions higher than his opponent in the world entered the tie as the clear favorite but never really got going on table four.