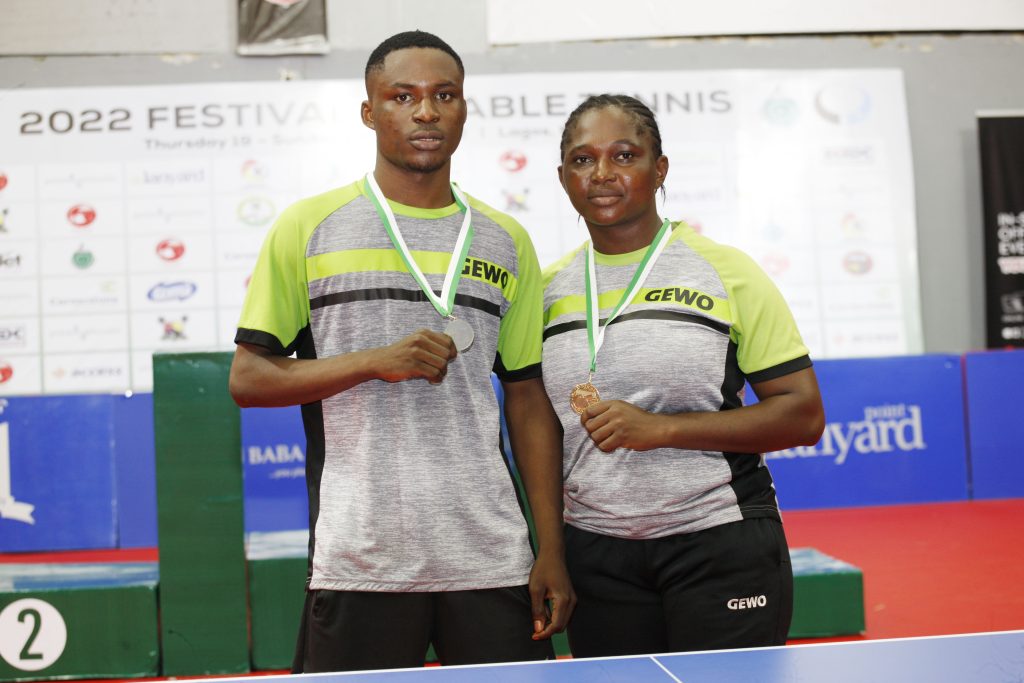 Taiwo Mati had to dump out two former champions to win his maiden laurel in the men’s singles at the ITTF Africa Western Region Championships as Fatimo Bello claimed her third consecutive title in the women’s singles of the competition.

Mati who finished fourth at the national trials organized by the Nigeria Table Tennis Federation (NTTF) won back his confidence after edging out 2019 champion Oba Oba Kizito of Cote d’Ivoire in the quarterfinal as well as his compatriot and 2021 champion Rilwan Akanbi in the semifinal to get passage to the final where he also humbled compatriot Azeez Solanke 4-1 (11-6, 7-11, 11-7, 12-10, 11-8) to emerge as the new regional champion.

In the women’s singles, Bello continued her dominance with another victory over compatriot Bose Odusanya in the final.

An excited Mati attributed his triumph to the disappointment he experienced during the national trials. “I could not believe that I would finish fourth at the national trials and this really motivated me to work harder for this competition. I knew I had to be at my best to be the best and today I was able to show that against my tough rival. He wanted to come back but I just kept to my tactics and this paid off for me at the end of the day for me to win my first regional title,” he said.

For Bello, winning this year’s title was tougher than the previous ones. “I think this year was a bit challenging for me, especially playing against my compatriots. I knew I had to do something different to ensure I retained my title and this I did for things to work out for me and I am happy hoping that this would prepare me for the next two competitions – African Club Championships and Africa Cup,” she said.

In the team event, host – Nigeria dominated the men’s and women’s divisions after beating Cote d’Ivoire and Ghana to retain their titles.

To retain their title in the men’s team, the trio of Amadi Umeh, Azeez Solanke, and Rilwan Akanbi fought well to be the Ivorien trio of Oba Oba Kizito, Ali Kanate, and Cedric Oba 3-2, while it was a smooth ride to the podium for the Nigeria women’s team as the quartet of Fatimo Bello, Bose Odusanya, Ajoke ojomu, and Tosin Oribamise and whitewashed their Ghanaian counterparts 3-0 to retain the title ahead of others. 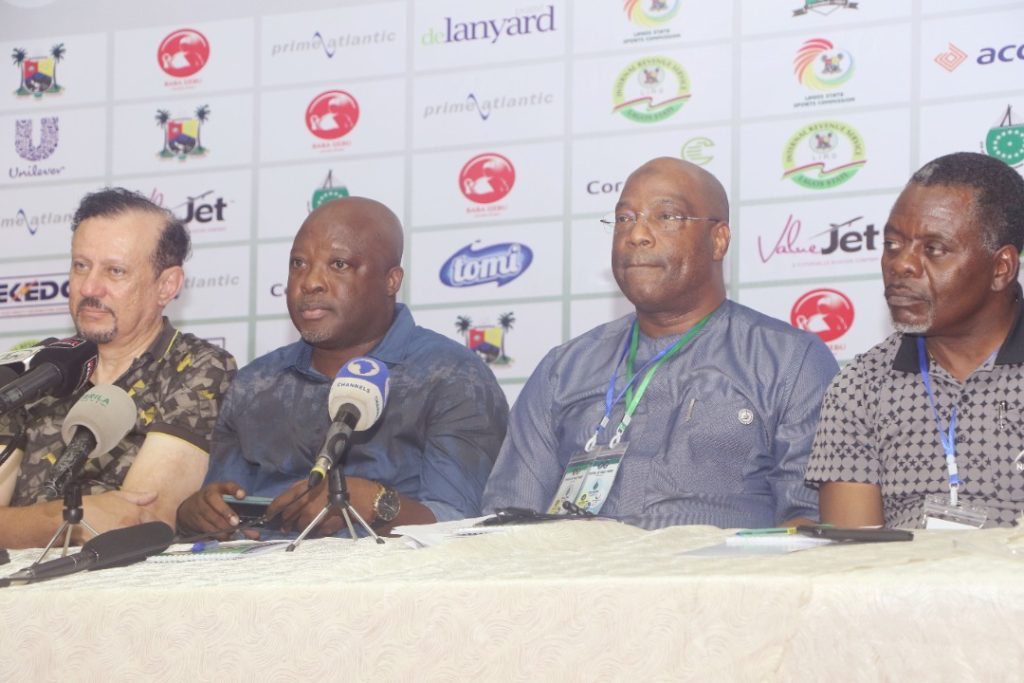 It was without mincing words that the President of ITTF Africa, Khaled El-Salhy tagged Nigeria’s commercial never center, Lagos as the hub of table tennis in the continent following the successful staging of several ITTF-sanctioned events.

Speaking at the press conference to herald the commencement of the 2022 African Club Championships, the Egyptian specifically thanked the Lagos State government for their commitment to the sport in the last seven years which he said has helped to produce world-beaters.

“I must commend the government of Lagos State for what they have done for table tennis because the city has become the hub of table tennis because all players within and outside Africa are always looking forward to competing at the venue, especially with the huge spectators that most times supporting the players regardless of their teams. ITTF has now seen Lagos as one of the cities that they cannot ignore when it comes to staging top-class competition and for us in Africa, we are always confident that the state has the capacity to host major international tournaments,” El-Salhy said.

He described the just-concluded Western Region tournament as a testament to what to expect in the next few days when the Club Championships and Africa Cup start.

For the Chairman of the Main Organising Committee (MOC), Wahid Enitan Oshodi, the staging of a top-class tournament would not have been possible without the huge support from the Lagos State Government as well as sponsors. “We cannot get to where we are at the world level without the support of the Lagos State government because what we have achieved became reality based on their backing. Also, our sponsors play a huge role in where we are today and we hope we can continue to rely on their support,” Oshodi said.

For the chairman, Lagos State Sports Commission (LSSC) Sola Aiyepeku, the state has seen table tennis as one of its important sports that has continued to put the state on the world map. “We believe that with what we have been able to achieve with table tennis, we can boast to say that we are capable of hosting the world. But this was made possible with the commitment of MOC chairman Oshodi whose passion has continued to inspire us to always do more and we are committed to the sport. We thank the ITTF and ATTF for their confident repose on us and we will continue to raise the bar,” Aiyepeku said.

16 clubs made up of nine men and seven women will compete in the Club Championships from May 23 to 25 while 48 players (28men and 20women) will compete for the continental slots at the Africa Cup from May 26 to 28 at the Molade Okoya-Thomas Hall of Teslim Balogun Stadium. 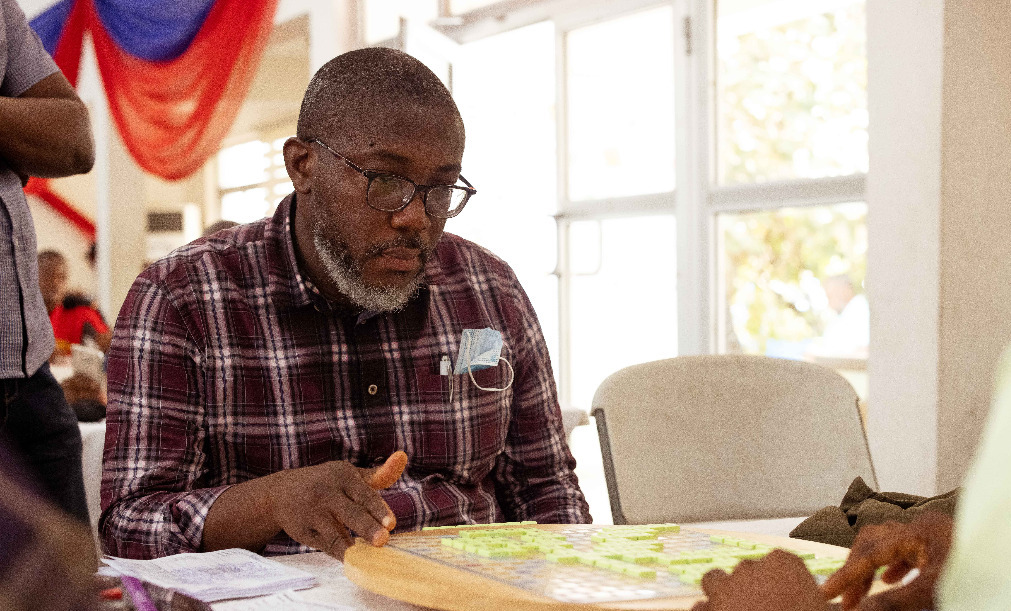 The South-West Coordinator of the Nigeria Scrabble Federation (NSF) Emmanuel Egbele has expressed strong optimism that players would use the various competitions organized in the zone to prepare well for the 2022 National Sports Festival scheduled for Asaba, Delta State in November.

He spoke against the background of the Emmanuel Egbele Annual Scrabble Tournament (EEAST) which would move into the scene early next month in Lagos as plans to make the sophomore edition a festival already activated.
Dokun Esan coveted the overall title of the well-attended maiden edition which is now a huge attraction for top scrabblers in the Masters, Intermediate,  Opens,  Students as well as the Veteran’s categories.
Recently, players converged in Lagos for the MSPL Matchday One as well as the Lekki Club Quarterly Retreat before heading to Ibadan, the Oyo state capital for the maiden IGP Scrabble tournament as well as the first South-West Closed championship which was held in late April.
Clubs in Ogun, Ekiti, and Ondo states also squeezed in some competitions for players to refine their mastery of the mind game in what appeared to be a very engaging calendar in the zone.
The new verve has also drawn students from tertiary institutions into the loop of intense competitions, giving coaches a larger pool of fresh talents for the challenges ahead, especially at the country’s Olympics, and National Sports Festival.
Taking stock after some busy scrabble schedule, Egbele said what he has witnessed so far was an indication that competition would be keen when the Festival gets under later in the year.
“My expectations were very well met and it can always get better,” he said.
“The South-West Closed championships is always an opportunity to hone your skills, to practice and improve. Considering the National Sports Festival coming up in November, these tournaments are also supposed to help players as part of preparations. You know,” he continued,  “when we have tournaments like this, players who will be representing their states will be using this tournament for performance so that, when they get to the Festival,  they will be able to take laurels back home.”
He said players’ yearning for competitions were being matched with different level of scrabble events with
tacit support from the state chairmen and other stakeholders.
He commended the NSF and the players for a dominant display at the recently concluded West Africa Scrabble Tournament (WAST) in Ghana where Nigeria took the first nine positions in the top 10 as Eta Karo emerged as the winner.