Save 70% on select product(s) with promo code 70XWS9BS on Amazon.com
by lordkinful
with no comment

for muting the initiative to stage the maiden maiden Valuejet Para Table Tennis Open, the International Table Tennis Federation (ITTF) has hailed Nigeria while hoping that other African countries would take a cue from this.

According to ITTF Classifier, El-Sayed Mehrem, the idea of hosting the international tournament is commendable as few countries in Africa has been able to stage a successful tournament.

“I am impressed with what I have seen so far in Nigeria particularly the hospitality of the people. I believe Nigeria has the potential to rule the world in para table tennis considering its rising profile in Africa. I must congratulate Nigeria and the organisers for making this a reality because I have been impressed with the organisation so far and i hope this tournament has come to stay. we hope and believe it can make it to the calendar of ITTF in years to come,” the Egyptian expert said.

For the Nigeria Table Tennis Federation (NTTF), the tournament is another efforts by the board to make the federation an all encompass for all athletes.

The President of NTTF, Ishaku Tikon who was represented by the Head of Para Section of the federation, Elderson Bankole, the idea of the tournament was to ensure that the para players tune up before the Tokyo 2020 as four of them had already qualified for the games in Japan.

“We want to ensure that our athletes shape up for Tokyo 2020 and particularly the classification of the athletes which would help to throw up new players. we also thank our sponsors for identifying with the federation and supporting the tournament. we hope they will remain with us and others will join them in future,” the NTTF boss said.

In his remarks, the Secretary General of Nigeria Olympic Committee (NOC), Olabanji Oladapo, the para table tennis players have been pride to Nigeria in several tournaments and with the tournament, more players hope to come through in near future.

he however, pledged the NOC support to para table tennis while hoping that the tournament would put the Tokyo-bound players in good shape.

For the Head of Business and Programme, Valuejet, Temitope Ajibola, the company would continue to support sports, while pledging their unalloyed support to para table tennis.

The tournament serves off on Thursday December 19, at Molade Okoya-Thomas Hall of Teslim Balogun Stadium.

44 titles will be competed in class 1 to 10 in singles and teams event for men and women, while N10.8m will be the total prize money with the top three in each event getting cash rewards for their efforts. 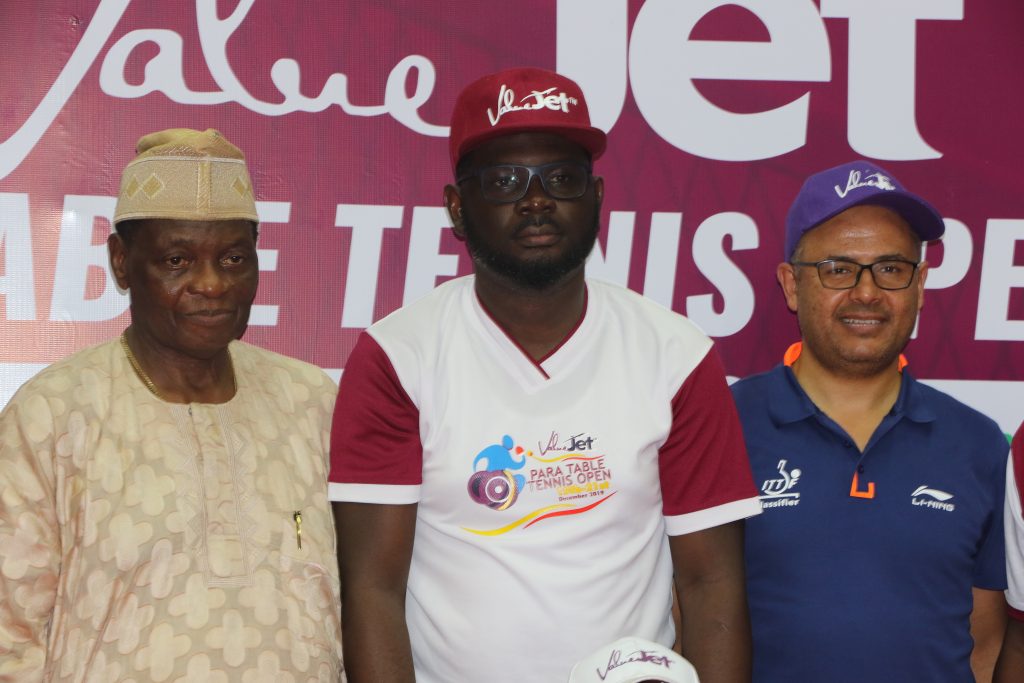