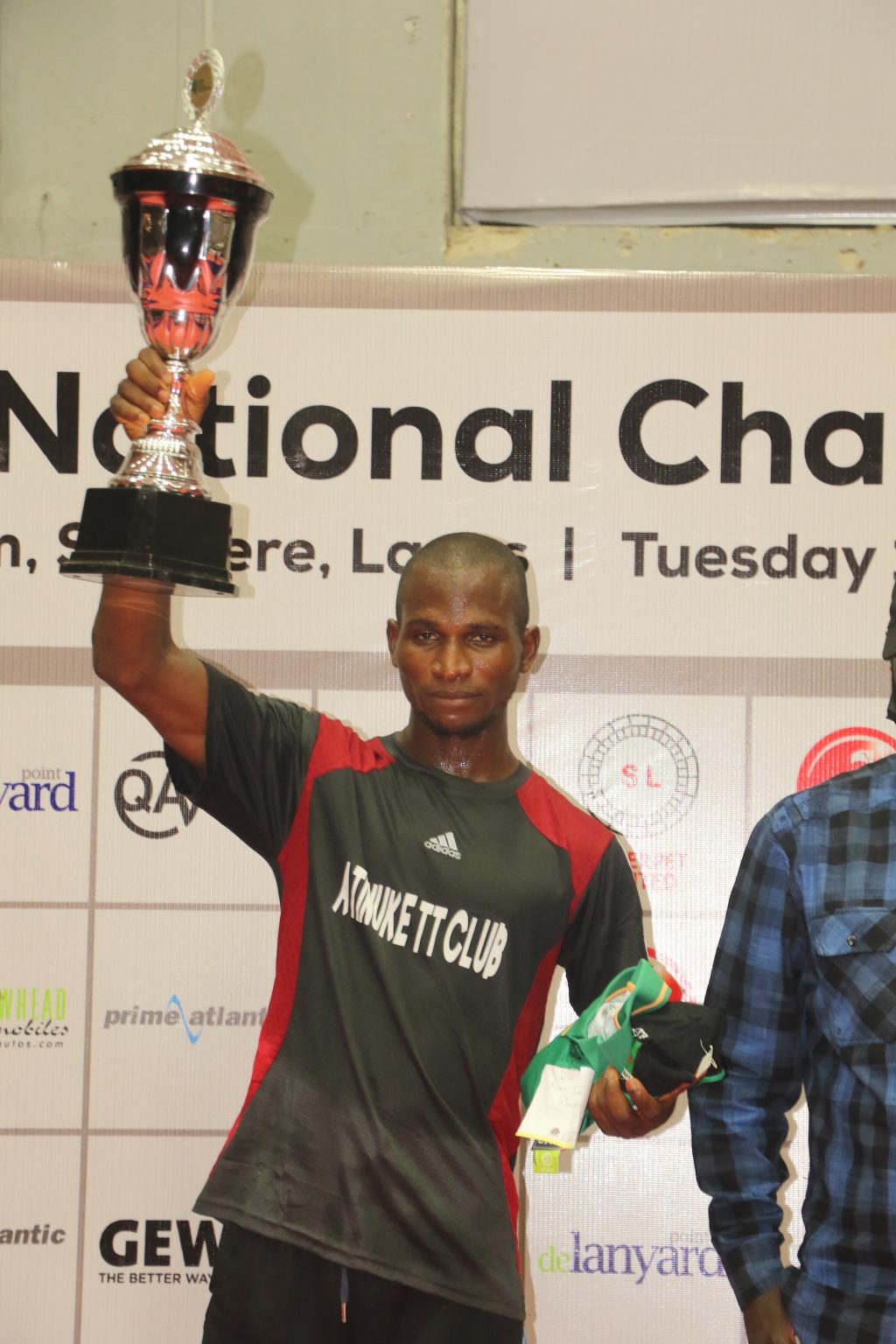 Akanbi, whose inconsistency has dropped his national rating worked his way to the top of the men’s singles after edging out title contenders like Amadi Omeh and Azeez Solanke before finally ending the unbeaten run of Taiwo Mati in the final to emerge as the new national champion.

The former Asoju Oba champion was never considered a title contender having performed poorly at the 20th National Sports Festival in Edo as well at the Aso Cup in Abuja but at the weekend, he put up a good performance to lift the coveted trophy alongside the N250,000 star prize in the men’s singles.

Ondo and G20 won the highest number of medals in the 12 events competed for at the five-day championships with 18 states and 18 clubs made up of 300 players participating in the tournament.

A delighted Akanbi described his win as a reward for hard work. “I am so delighted to win this title because nobody considered me as a title contender having lost form in the last three years. But I think I played my best in this competition and my opponent in the final was a familiar foe to me having beaten him in our last two meetings before today’s final. I hope to continue to raise my game hoping to get myself into the national team,” Akanbi said.

In continuation of his support to young players, Quadri Aruna also provided kit sponsorship to four cadet players and they are Matthew Kuti of Lagos, Matthew Fabunmi of Kwara, Hope Uduaka of Cross River, and Ize Sezuo of Kogi. They are expected to be kitted for one year by the African champion.

The tournament was organized by NTTF in collaboration with the Lagos State Sports Commission (LSSC) and support from Baba Ijebu Bet, Prime Atlantic, and a host of others. 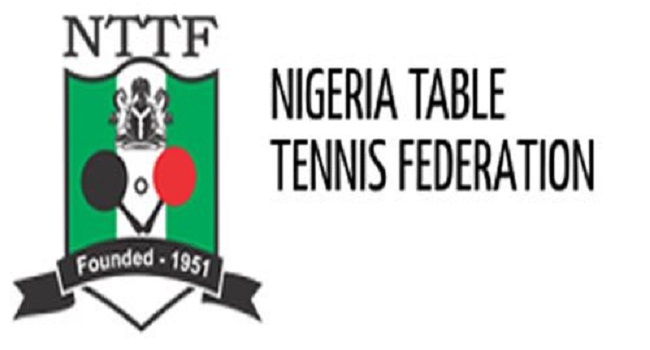 It was National Sports Festival champion Fatimo Bello who inspired the G20 ladies into victory over Lagos State in the women’s final while Azeez Solanke spearheaded their men’s onslaught against Ondo.

In the men’s final, Ondo was down 2-0 in the singles after Azeez Solanke and Ahmed Bello defeated Amadi Omeh and Taiwo Mati 3-2 each but the doubles partner of Wale Fagbamila and Mati restored the match for Ondo with a convincing 3-2 win over the pair of Solanke and Bello in the doubles match.

Mati continued his good run with a nail-biting tie against Solanke with the Ondo number one having an edge with a 3-2 win to put the tie at 2-2 major.

In the deciding match between Bello and Amadi, it was the Ondo star that aided the victory with a 3-2 win to give Ondo a 3-2 overall win.

For the victory, G20 and Ondo have fetched themselves the N200,000 star prize for team champions.

Meanwhile, the tournament enters day three on Thursday, May 20, with matches in the singles event.

The group matches of the singles were concluded on Wednesday, May 19 while the knockout round of the singles will take center stage as well as doubles and mixed doubles event in men and women categories.

The tournament is organized by NTTF in collaboration with the Lagos State Sports Commission (LSSC).

The Nigeria Table Tennis Federation (NTTF) has staked N4.5m for the 2021 National Championships taking place on May 18 to 22 at the Molade Okoya-Thomas Hall of Teslim Balogun Stadium.

According to the breakdown of prize money for the five-day tournament, winners in men and women singles events will earn N250,000 each while U-21 and cadet champions carting N100,000 and N50,000 respectively.

Winners in team and doubles events will get N200,000 and N100,000 respectively while quarterfinalists in each event will earn a minimum of N50,000 each.

Also, a national technical crew will be present to identify talents that will be invited to the national camp in junior and senior categories.

12 events will be contested by the players in the cadet, U-21, men, women, and veteran divisions.

Already, winners of the singles events of the just concluded Aso Championship Azeez Solanke and Fatimo Bello have vowed to continue their dominance at national levels.

“We are coming to Lagos to give our very best again because I must remain on top of my game as there are no pushovers in the game again. Everybody wants to become champion but it is a bit tougher to remain on top,” said Bello who claimed the singles title in Abuja and the 2020 National Sports Festival in Benin City.

Meanwhile, the referee of the tournament John Peters has predicted a tough duel in Lagos considering what happened in Abuja. “I must tell you that new players are emerging especially at junior level as players from Kwara and Ogun are on top of their game and they are ready to dethrone former champions. I am hopeful that it will be explosive in Lagos as more players have confirmed their intention to be part of the show in Lagos,” Peters said.