Improved Price Money
As one of the Seamaster ITTF Challenge Plus tournaments in 2019, the prize money for this year’s Nigeria Open has been jerked up to $60,000 (N21m). Also, the International Table Tennis Federation (ITTF) has named a three-man referees team for the Africa’s elite championship holding on August 7 to 11 at the Molade Okoya-Thomas Hall of Teslim Balogun Stadium. It would be recalled that the success recorded at previous Nigeria Open promoted the world table tennis ruling body to list the tournament among its Challenge Plus with an improved prize money and global coverage. From the $46,000 (N16.1m), players will now share $60,000 at the five-day championship as total prize money. Winners in the men and women singles will now get $7,000 (N2.45m) each for their efforts. Aside the prize money, there is also an improved ranking point for every player that features in the tournament and this will help to attract top players across the globe. This development has made Nigeria the first African country to stage the ITTF Challenge Plus while Morocco will host one of the ITTF Challenge late this year as well. From the six events, the event has been increased to seven including mixed doubles. Algeria’s Abdallah Boudjahem will head the referee’s team while South Africa’s Rodrique Volkwyn is the Deputy Referee and Nigeria’s John Peters as assistant referee. For the chairman of the Local Organising Committee (LOC), Wahid Oshodi, the management of the global sponsor – Seamaster and ITTF should be commended for considering Nigeria as one of the host of the Challenge Plus due to the excitement that the Nigeria Open continues to attract globally. Prior to the Nigeria Open, Lagos will also be hosting national junior and team championships while the African Club Championships and ITTF African Cup will hold on July 31 to August 5 with the ITTF African Cup serving as the continent’s qualifiers for the 2019 ITTF World Cups in Chengdu, China. 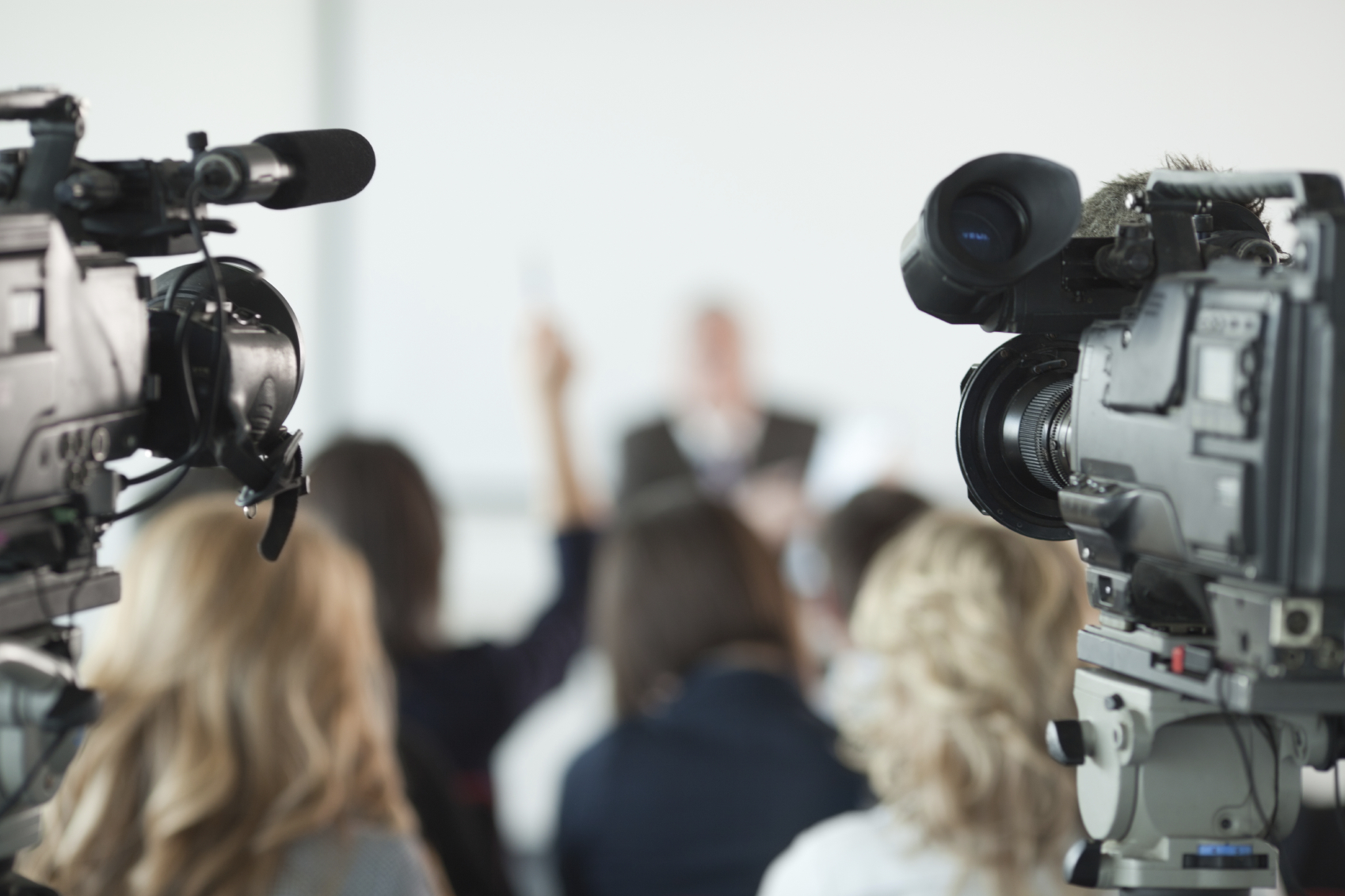 The Main Organising Committee (MOC) of the Seamaster 2019 ITTF Challenge Plus Nigeria Open is offering media training and internships for this summer’s event.

Successful candidates will undergo a one-day media training on 30 July before taking part in the five-day tournament to be held in Lagos between 7-11 August 2019.

This is a once-in-a-lifetime opportunity for aspiring, young media professionals to be trained and gain experience at one of Africa’s elite tournaments.

The MOC is looking for candidates, aged 20-30 and residing in Lagos, with a focus on undergraduates and practising young journalists in the fields of media, journalism, broadcast, film or sports management (or equivalent), who have an interest in sports, table tennis and large sporting events.

Candidates must have a good level of English proficiency (spoken and written). Additional languages are a plus.

For the internship, the selected candidates must feel comfortable completing the following tasks:

To apply, please send the following:

The above documents must be signed and stamped by your HOD, then please send to locittfnigeriaopen@gmail.com.

Selected candidates will be contacted by email. 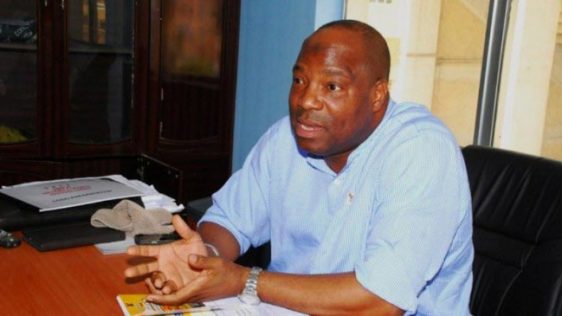 The annual Seamaster ITTF Challenge Plus Nigeria Open has continued to attract world class players to the commercial never centre of Nigeria, Lagos in the last five years and this has made the tournament to be regarded as Africa’s elite table tennis championships. With the upgrading of the tournament to Challenge Plus by the world table tennis ruling body, chairman of the Main Organising Committee (MOC) of the tournament, Wahid Oshodi believes the quality of players coming this year would surely ignite the tournament. Particularly, with the hosting of the African Club Championships and Cup alongside the Seamaster ITTF Challenge Plus Nigeria Open, Oshodi says Nigerian fans are in for a super treat.

For Wahid Oshodi, table tennis has made Lagos the ‘official’ home of the sport in Africa particularly with the consistent staging of the Seamaster ITTF Challenge Plus Nigeria Open and this he said would continue to help local players to test their might against the world’s best.

“The knowledge and experience our home-based and young players gain from watching and playing against some of the best players in the world is invaluable. This in part makes up for the fact that our players lack the necessary exposure which comes from travelling and playing on the circuit. We have been seeing the gains of staging the tournament in the good performances of our younger players on the Junior Circuit. We can see players like Olajide Omotayo, Tobi Falana and Nurudeen Hassan who have improved enough to gain entry into the senior national team. Also importantly thousands of passionate fans and recreational players get to see their heroes at close quarters, thus creating one of the most exciting events in our country,” Oshodi said.

The Chairman of the ITTF Nomination Committee however, acknowledged the challenges. “There are various challenges in staging a tournament of this magnitude but some of the most critical include funding and infrastructural challenges. The tournament has grown in leaps and bounds since it was first conceived and that has led to a need for more funding and an upgrade in terms of the size of the hall and other facilities. The number of people working on the event also grows in tandem with the growth in number of the participants. We are very grateful to all the partners who keep supporting the growth of the event,” he added.

For 2019 edition, he said: “”We expect a lot more top players. The tournament is now an ITTF Challenge plus tournament. Lots more prize money $60,000 and the all important increased points which all the players are aiming to get in a bid for Olympic qualification. This year also with three tournaments preceding the Nigeria Open it will be a fantastic festival of top class table tennis. The Nigerian fans are in for a super treat.
“This year we have the ITTF Africa (Western Region) Singles Championships, the Africa Clubs Championship and the Africa Singles Cup which is a qualifier for the World Cup all coming up before the Nigeria Open. All packed into two weeks. From July 29 to August 11, we are assured of the best players on the continent and top players from all over the World. Omar Assar returns this year to try and claim the title from Aruna Quadri. A lot of sub plots going on. But importantly we have a top level training course for our umpires to be conducted by ITTF”s leading expert which will help improve their knowledge and also a training workshop for our young journalists to better assist them in reporting our sport. It’s a bumper packed fortnight,” Oshodi explained.

Keeping an insight into the pedigree of players expected in 2019, Oshodi said: “From the inquiries we have received so far we are expecting entries from the cream of World Table Tennis. Apart from the top players in Africa, we are expecting players from all over the world.  We had 27 countries last year and we expect to beat that number this year by some margin. A lot of players ranked within the top 50 of World table tennis have indicated their interest. Once the prospectus is released in the next couple of weeks we expect the entries to flow in.”

Oshodi believes with the present form of African Champion, Aruna Quadri, he has the wherewithal to retain the Nigeria Open title. “Aruna Quadri is getting back into good form after recovering from his hamstring injury which kept him out of the game for a bit. From his latest performances he is in good form and with the Nigerian fans right behind him and all the other Nigerian players he is capable of retaining the title. Last year was a real dream of a tournament for him. It will be tough though with the quality of players expected but you can never rule him out. Aruna is a class act and one of the biggest stars in the world. Playing at home before the ebullient lagos fans you can fancy him against anybody in the world,” Oshodi enthused.