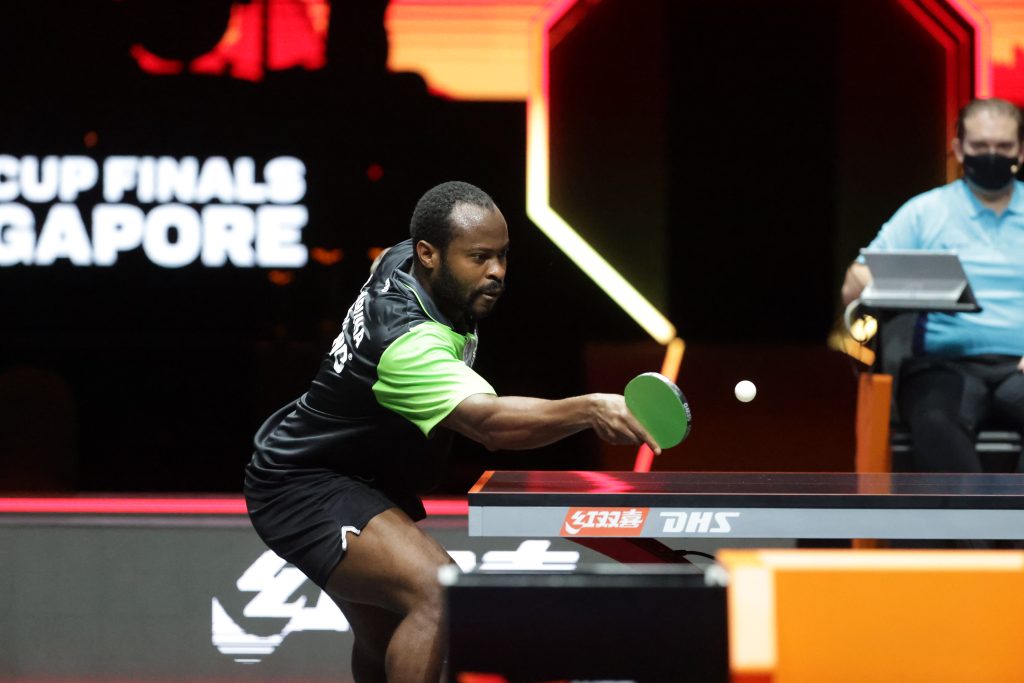 Aruna returns to the big stage at WTT Singapore Smash

After his excellent display in 2021 that shot his rating to number 11 in the world, Nigeria’s Quadri Aruna will begin his quest for another glory at the inaugural World Table Tennis (WTT) Singapore Smash.

From March 7 to 20, Aruna and other world’s best players are set to descend on the Lion City with the inaugural men’s and women’s singles line-ups for the Singapore Smash.

WTT Grand Smashes form the four pillars of the new WTT Series, and the first-ever Singapore Smash, a two-week spectacle, will see top players compete for a share of $2m prize money at Singapore Sports Hub.

The men’s and women’s singles main draw, running from 11 to 20 March, will feature 64 players each, with the first 50 players automatically entered based on the latest ITTF Table Tennis World Rankings. The remaining positions will be filled by four (4) host wild cards, two (2) WTT nominations, and eight (8) qualifiers.

Positions in the main draw have also been set aside for recent Continental Champions whose current World Ranking position would not enable them to gain automatic entry into the event.

Prior to the main draw, a 64-player men’s and women’s singles qualifying draw will take place from 7 to 9 March to determine the 8 qualifiers who will advance to take on the best players in the world.

Fan Zhendong will be joined by Chinese legend Ma Long in the Lion City, his first international appearance since Tokyo 2020. Regarded as the greatest of all time (GOAT), the two-time Olympic Men’s Singles gold medallist is a crowd favorite, adding star power to the already elite field of world-class talent.

According to the organizers, heavyweights such as Hugo Calderano, Tomokazu Harimoto, Timo Boll, Aruna, and more are ready to make a smash in Singapore.

Calderano, the world number three, became the first Latin America to lift a WTT trophy, while Aruna became the highest ever ranked African.