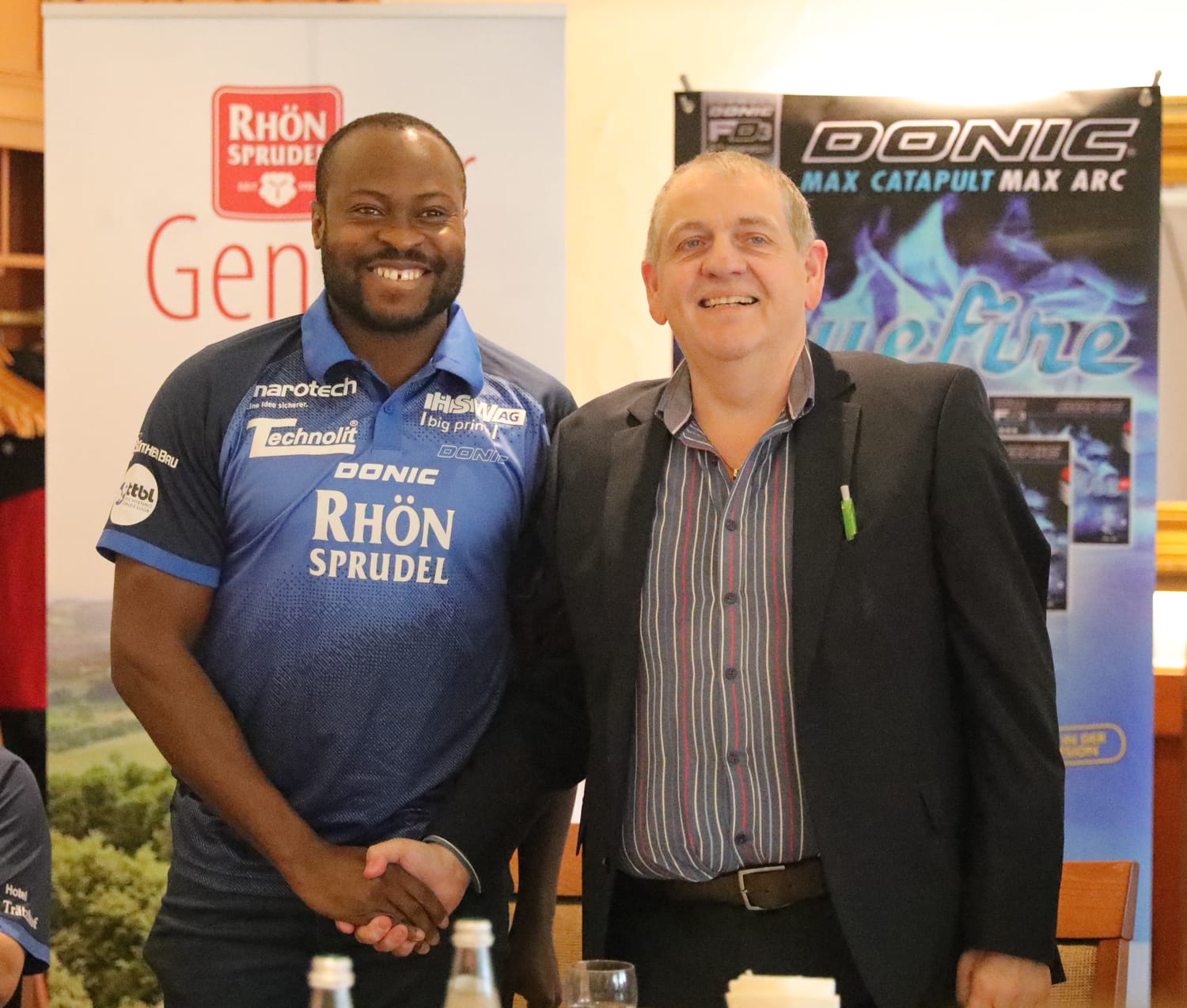 The organisers of the elite table tennis league in Germany, Table Tennis Bundesliga (TTBL) have said that the arrival of Aruna Quadri has increased interest in the league by Germans.

The Nigerian will be making his debut on Sunday September 6 for his club – TTC RhönSprudel Fulda-Maberzell away to TSV Bad Königshofen and there have been excitement in Germany over Quadri’s arrival.

According to the spokesperson of TTBL, Patrick Wichmann, Quadri’s transfer has attracted the attention of table tennis fans in Germany.

“We are very happy to have Quadri in the TTBL. As a league, we have felt the national interest that the transfer has attracted, but of course also the international media response. Quadri is a worldwide table tennis brand. Therefore we are very happy to have him in the TTBL and are looking forward to his debut on Sunday September. In TTC RhönSprudel Fulda-Maberzell he had to replace Croatia’s Tomislav Pucar, who played two seasons with the team. Now it will be exciting to see how fast Quadri gets used to the level in the strongest league in Europe,” Wichmann said.

Also in the preview of the league kick-off this weekend, TTBL described Quadri as an exciting player that Germans are looking forward to watching him play against the best in the league.

“The fact that the TTBL is considered the strongest league in Europe is due to the numerous top stars who appear at the tables year after year. The fans can look forward to one or the other new face in the new season. One of the most exciting transfers was made by the TTC RhönSprudel Fulda-Maberzell, which ranks 20th in the world with Quadri Aruna. The Nigerian will appear for the first time in the TTBL and should compensate for the departure of Tomislav Pucar,” the statement said.