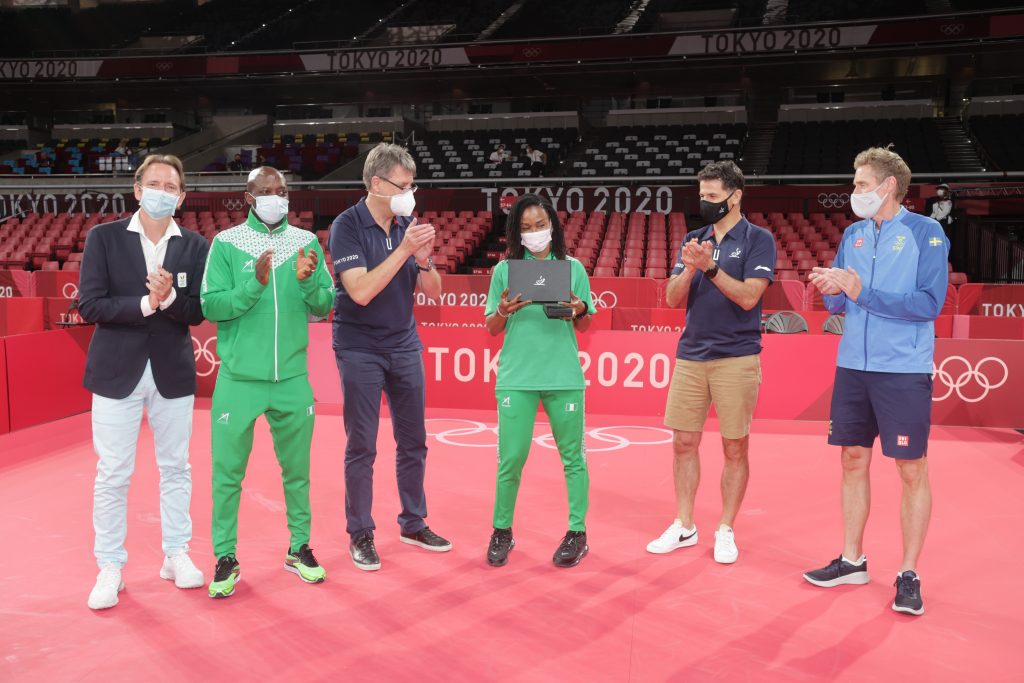 Former African champion Olufunke Oshonaike has been inducted by the International Table Tennis Federation (ITTF) into the exclusive club of seven-time Olympians known as the ‘Club 7’.

Across the globe, only four male table tennis players in the world have been inducted since table tennis became an Olympic sport at Seoul ‘88 Olympic Games in South Korea and Oshonaike increased the number to five being the first female player in the world.

An excited Oshonaike hoped the honor would give hope to young Nigerians that dreams can come through.

“I hope this award for me and my country, as the only female in the seventh club in the world, and the only woman in Africa to have achieved the dream of representing her country at the Olympics seven times, will brighten the hearts of Nigerians especially for young girls that dreams can come through regardless of the challenges in life,” she said.

She added: Though I might not have won gold, silver, or bronze, I have won what no woman in the world of table tennis has ever won. Thank God for the award – the 7 Club award. I’m a proud Nigerian and I hope more women will join me.”

Oshonaike bowed out in the preliminary round of the women’s singles after losing to Liu Juan of the United States, while she, however, ruled herself out from Paris 2024 in France. 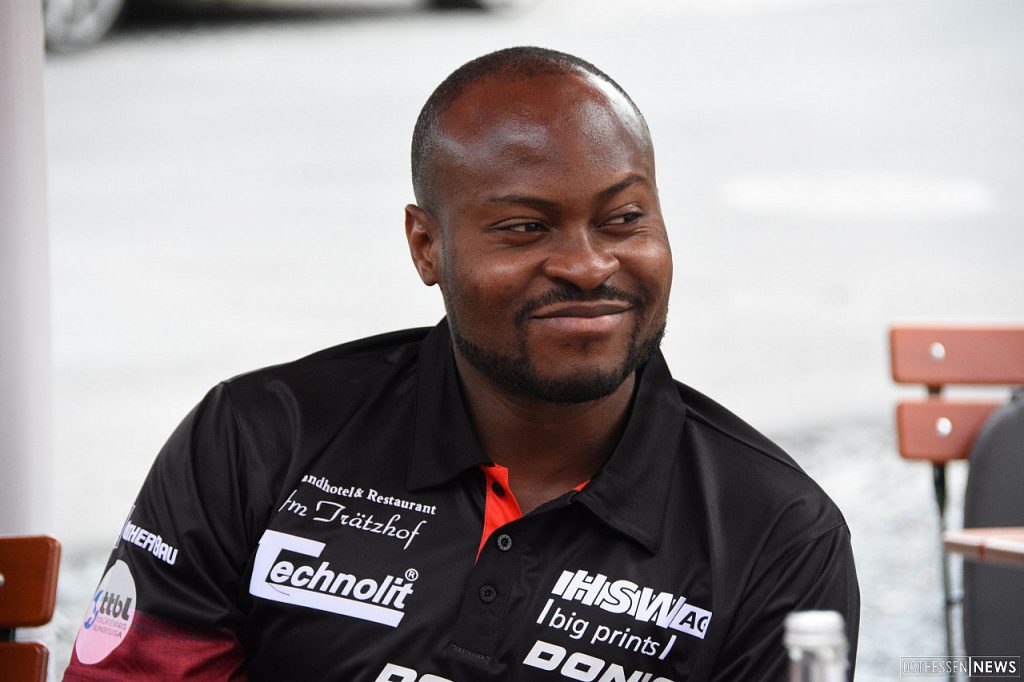 Team Nigeria Captain Quadri Aruna has been listed among the top 15 seeded players in the men’s singles of table tennis event at the rescheduled Tokyo 2020 Olympic Games which kicks on Friday, July 23 in Japan.

Being the highest-rated African in the world, Aruna has been seeded number 15 behind Frenchman Simon Gauzy seeded 14 among the 65 players competing in the men’s singles.

The Nigerian who was considered as one of the star players to watch out for in table tennis by Reuters is hoping to exceed his quarterfinal finish at Rio 2016 in Japan.

Qualified to Tokyo based on his world rating, Aruna will be awaiting his first-round opponent when the draws hold this week with Egypt’s Omar Assar seeded 28 while Aruna’s compatriot- Olajide Omotayo is seeded 49 in the men’s singles.

Meanwhile, China’s Fan Zhendong and Chen Meng have been unveiled as the top-seeded entries for the men’s and women’s singles categories.

Making his first appearance on the Olympic stage in Tokyo, Fan Zhendong, 24, is bidding to become the sixth Chinese player to take home men’s singles gold.

Meanwhile, fellow Fan’s compatriot and defending champion Ma Long, who has been named as the number two seed, attempts to recapture the magic of five years ago as he defends his highly sought-after title at the Tokyo Metropolitan Gymnasium.

Seeded third, 18-year-old Tomokazu Harimoto is bound to catch the eye as the ever-improving teenager looks to guide Japan to a historic first gold medal in the category.

A new women’s singles champion will be crowned in the Japanese capital with all eyes firmly fixed on two Chinese debutants as the country looks to make it nine gold medals in a row.

Making the summit of the list, top seed Chen Meng leads the way with Sun Yingsha occupying the immediate position below on the list.

China also leads the way in both the Men’s Team and Women’s Team events with the sporting powerhouse pursuing a fourth-straight gold medal finish in both categories. 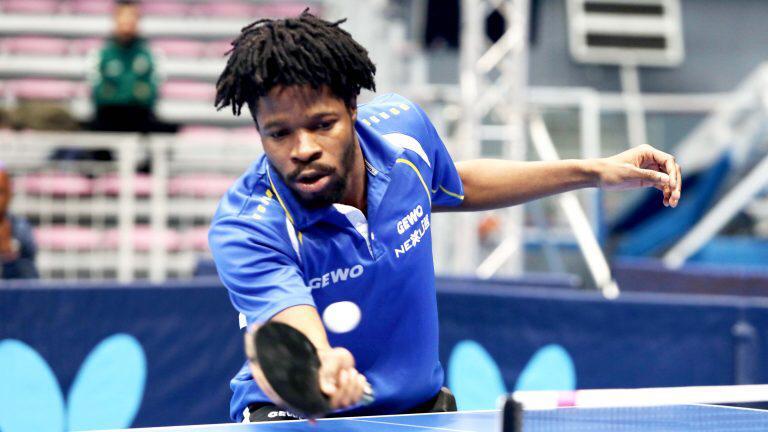 I want to play my best table tennis in Tokyo- Omotayo

Olajide Omotayo will be making his debut at the Tokyo 2020 Olympic Games; he is eager to establish himself as one of Africa’s best representatives among the array of stars in Japan.

The Lagos State-born athlete believes knowing his first-round opponent would help him to know his fate in Tokyo.

He, however, said he is excited about being part of Team Nigeria to Tokyo. “I feel happy and at the same very proud of myself for qualifying for my first Olympic Games because I have always wanted to achieve this dream as only God made it possible.

“My winning the African Games gold in 2019 has really boosted my confidence going into the Olympic Games. The win made me realize that the impossible is nothing as nobody saw the performance coming but I knew within me that I am capable of defeating any player in Africa. All I needed was to play freely without thinking about the podium. I did that, it really worked for me in the end.

“My target is to go to Tokyo and play at my best because I know if I play at my best, good results will follow. The advantage of the postponement is that it has afforded me more time to train and work hard for the games,” Omotayo said.

The year continues to be hostile to us. COVID – 19 has become a matter of global concern and a virus that threatens our very existence.

For this reason, I bring endless entertainment to your doorstep. No need to scout the internet for this content.

The Boy From Medellín on Prime Video

Stream Without Remorse on Prime Video

A Mountain of Entertainment

Fear is Here on Prime Video

Watch Movies and Shows with Friends and Family

Beauty from Within by Garden of Life

After playing for more than six years in the Italian Table Tennis Super League, 2019 African Games champion Olajide Omotayo has signed a one-year deal to join a French Pro A team, PPC Villeneuve, for 2021/2022 season.

Announcing the signing of the 26-year-old Nigerian on its social media handle at the weekend, the club described Omotayo as a fighter who they hope would help the team to fight for the top spot in the elite French league.

The club wrote, “Olajide Omotayo from Nigeria, 26 and ranked 92 in the world will be a formidable opponent for our competitors. Little known in France, it will be interesting to follow and his fight spirit will be a quality appreciated by the public in France.”

Omotayo will be joined by other members of the team which include French junior international Jules Cavaillé and experienced Russian star Alexey Liventsov while the team will be coached by Admir Duranspahic, who replaced departing coach Lepage Cedric.

An excited Omotayo who last played for TT Genova in Italy before the COVID-19 pandemic in 2020 has described the move to France as a dream come true for him.

“This is a big move for me having played in Italy for over six years. Now I will have the chance to play against some of the best players as well as improve my game. It is the dream of every player to play in the top league in Europe and France is among the top three leagues in the world, I cannot wait to start playing because I know my game will improve and I will also have the opportunity to be exposed to top-class coaching in a good club,” he said.

The 2012 National Sports Festival gold medalist expressed appreciation to the management of PPC Villeneuve for the confidence to sign him and he promises to repay their trust with good performance in the league.

Omotayo is warming up for his maiden outing at Tokyo 2020 Olympic Games and he will join Egypt’s Omar Assar who also plies his trade in the French top league.