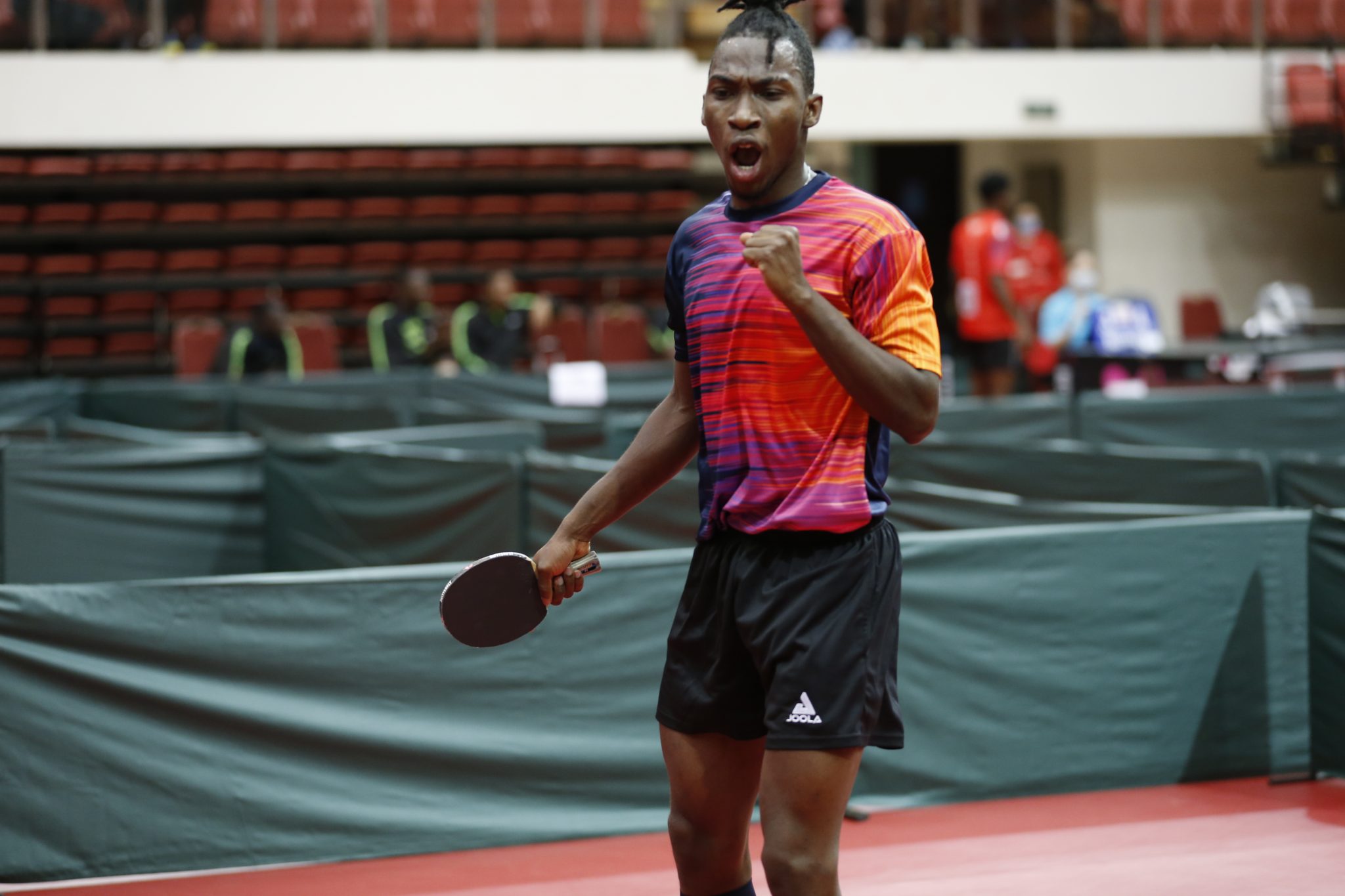 Oba Oba Kizito is the men’s singles champion at the maiden edition of ITTF Africa Western Region Challenge and the Paris-based star believes Nigeria and others cannot prevent him from retaining the title in Lagos next month.

Lagos will welcome 14 West African nations for the second edition of the ranking tournament scheduled to hold from November 1 to 4 at the Molade Okoya-Thomas Hall of Teslim Balogun Stadium.

“I think nothing can stop me from holding on to my title in the absence of top players like Quadri Aruna and Olajide Omotayo. These are players I respect so much because of their quality and in their absence I am at liberty to dominate. I know Nigeria still has some players but they are not a threat to my ambition in Lagos. I am in fine form just like I performed at the last African Championships where I defeated some top players, coming to Lagos will not be an exception to retain my title,” he said.

Kizito who plies his trade in the second division of the French table tennis league ruled out the dominance of Nigeria in other events when he said, “We have a strong team as well and we can compete for the top spot in all the events. Our men’s team is very strong and we can compete for the title in the team and doubles events. There is no doubt that it is going to be a tough challenge in Lagos, but we are ready to silence the supportive Nigerian fans.”

He, however, admitted that hosting the tournament in Nigeria would inspire and motivate most players to give their best as he described Lagos as the table tennis hub in Africa having staged several international tournaments in the past.

For the Regional Vice President ITTF Africa West, Ferdinand Sounou, the tournament would help the preparation of some of the players heading to the World Championships in Houston, United States next month. 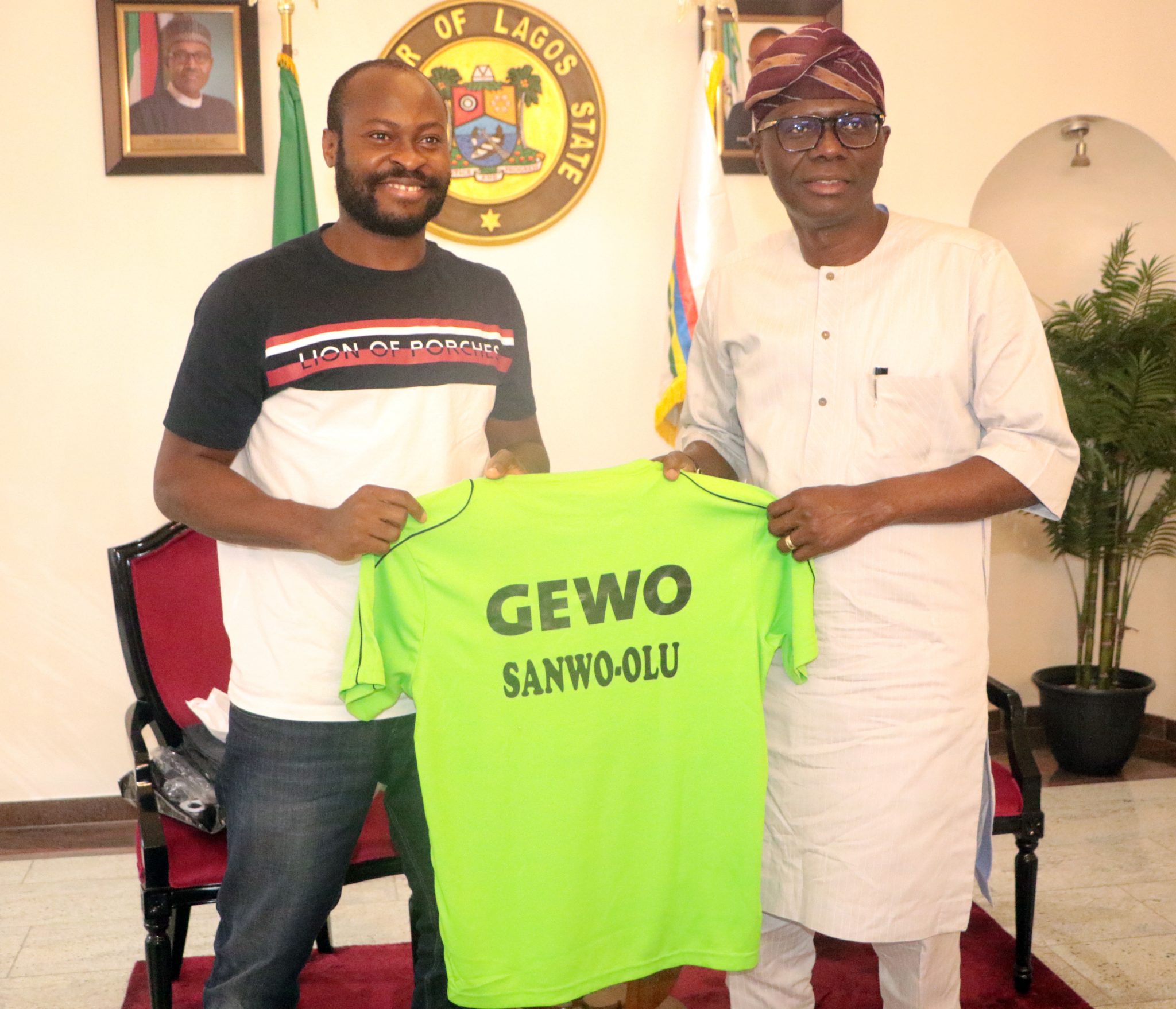 For Africa’s highest-rated table tennis player Quadri Aruna, it was expected to be a brief meeting, but it all turned out to be more, with Governor Babajide Sanwo-Olu on Tuesday, October 19.

It was full of banter about Sanwo-Olu’s skill in the sport and serious issues, such as boosting sports to support the youth in their bid to develop their talents. The Governor told the superstar of his administration’s efforts to improve the lot of the youth through sports. The government is building nine stadiums in various parts of the state, he said. The state’s teams are in Kwara for a national competition, the Governor said, adding that he would continue to support the youth in sports.

The governor was visibly happy with the visit by Aruna whom he described as a good example of a complete athlete whose performance continued to put Nigeria on the world map. He wishes he could play with the star and his wife Ganiyat, who is also a player.

“I am impressed with your performance across the globe and we are happy to receive you in Lagos. We believe we can produce more Quadri Arunas for Nigeria in Lagos State and we are in the process of constructing 10 stadiums across the state because we believe creating a conducive environment for sports to thrive is key to producing superstars in sports. Our youths are at present in Ilorin competing and we will continue to support and hope that more superstars can come through these efforts,” the governor said.

Aruna who was accompanied by the Deputy President of Africa Table Tennis Federation (ATTF), Wahid Enitan Oshodi, believes Lagos has provided platforms for most athletes in Nigeria to showcase their skills to the world, particularly with the state’s strong support for the annual ITTF-sanctioned Nigeria Open, which attracts stars from all continents.

“I am happy to meet with you as I am here to thank you for the efforts you have been making to improve the fortunes of sports in Lagos. I am also expressing my appreciation to you for providing the platforms for athletes like me to showcase my talents to the world through the Nigeria Open which I have won twice. I am hoping that through my academy, I can partner the state in mentoring more athletes that can exceed what athletes like me have achieved globally,” Aruna said. 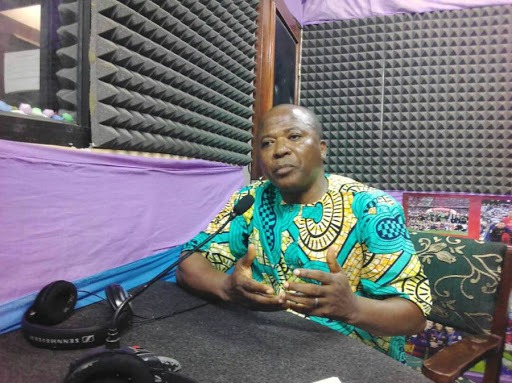 Nigeria as host will lead 14 other African countries to the second edition of the ITTF Africa Western Region Challenge scheduled to hold from November 1 to 4 in Lagos.

According to the Regional Vice President ITTF AFRICA West, Ferdinand Sounou, the tournament is the first regional competition to be staged amidst the COVID-19 pandemic with all eyes on Nigeria to stage a befitting tournament just like it has been a leading nation organizing an elite tournament in the continent.

Sounou who is also the President of Benin Table Tennis Federation said: “I think this regional tournament has come well in order to liven up the region a little because, in 2019, Lagos should have organized until it was moved to Abidjan. This is just the first regional tournament after my election last June and it is normal that we start the activities of the region from Nigeria which is a great table tennis nation within the region.”

For the chairman of the Local Organising Committee (LOC), Wahid Enitan Oshodi, the tournament would afford the players from the region to test themselves against one another, while all eyes will be on Oba Oba Kizitio of Cote d’Ivoire and Fatimo Bello of Nigeria, who are the defending champions in men and women singles events.

Oshodi believes the inclusion of team and doubles events would make the tournament competitive. “I believe this is another chance for the players to compete at the regional level being the second edition after the maiden edition in 2019 in Abidjan. Lagos is ready to welcome top players from the region and we are hopeful that we can stage the tournament with all the covid-19 protocol in place for teams and players. It promises to be exciting as the Molade Okoya-Thomas of Teslim Balogun Stadium will come alive for the best of table tennis again this year. We are looking forward to an exciting tournament.” 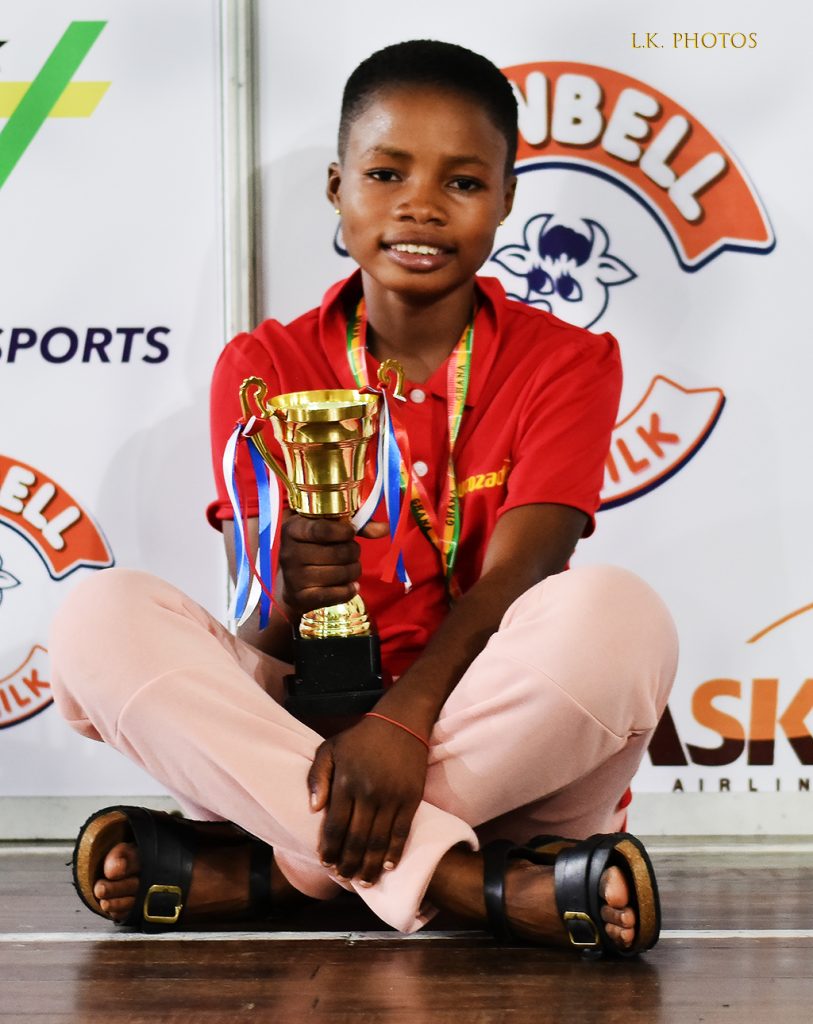 The Ghana Table Tennis Association, which beliefs in this initiative from the ITTF have decided to organize a women’s tournament dabbed “Ladies can Loop Championship” which takes place on Saturday Sixteenth of November at the D. G. Hathiramani Sports Hall in the Accra Sports Stadium.

The tournament is in two categories, girls under 12 years old and those above 12. The category above twelve years includes U15, and U19 cadets as well as senior players in Ghana.

Such a mix in age categories playing in the same tournament promises exciting games. Games that would result in upsets or the seniors demonstrating their wealth of experience.

The age group of major interest to GH Table Tennis is the girls below the age of 15. The dominant players in this category are a delight to watch. The question on the minds of most spectators is can these cadets hold their own against seasoned professionals like Cynthia Kwabi, Beatrice Gyasi, Eva Adom Amankwa, and a host of others?

The competition begins at 8:00 am prompt. Come in your numbers to witness the best female table tennis in Ghana.

We at Gh Table Tennis say good luck to all participants. “My Gender, My Strenght” 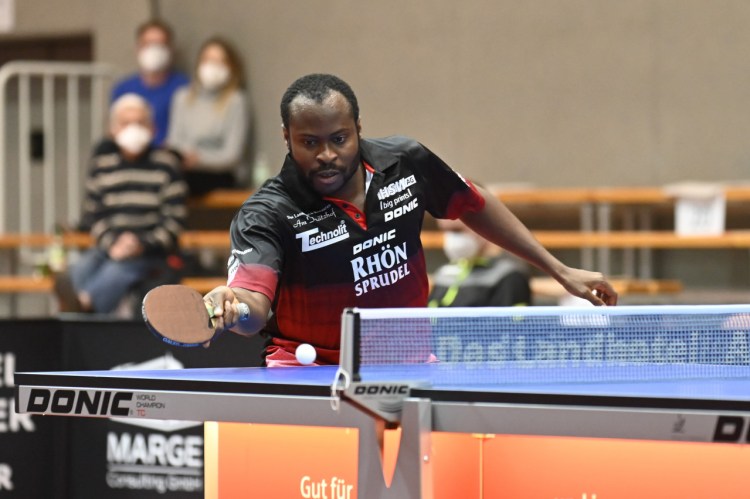 Quadri Aruna showed why he remains a strong pillar of TTC RhönSprudel Fulda-Maberzell in the matchday 7 of the Table Tennis Bundesliga (TTBL) after the Nigerian led the home team to end the winning streak of TTF Liebherr Ochsenhausen.

Fulda prevailed 3-2 to rise to third place in the table tennis Bundesliga.

The support from the home fans of TTC RhönSprudel Fulda-Maberzell was enough as Aruna recorded one of the biggest wins of his career to throw the fans into a frenzy at the venue of the match.

Aruna defeated the duo of Maciej Kubik and Simon Gauzy while the partnership of Alexandre Cassin and Fan Bo Meng aided the 3-2 crucial win by Fulda at the weekend.

“In the end, we deserved to win,” said Fulda coach Qing Yu Meng after the game.

“It was a great game, and thanks to a large number of spectators, the atmosphere was finally fantastic again after a long time. Hopefully, things will continue like this on Sunday in the German Cup.”

For Ochsenhausen, on the other hand, a sensational winning streak came to an end.

Aruna and the pair of Cassin and Meng made the difference for Fulda.

It was the strong comeback of Aruna, world number 16, who had paused due to a shoulder injury, but now came back stronger.

Fulda’s second success factor was the new dream doubles of Cassin and Meng who were playing together for the fourth time, and for the third time, they won their match.

Before the tie, Samuel Kulczycki and Maciej Kubik have been unbeaten and their winning streak came to an end with a 3: 1 (11: 9, 6:11, 11: 8, 11: 8) defeat to Cassin and Meng as they had already made the difference against TTC Schwalbe Bergneustadt and SV Werder Bremen.

Also on Sunday, October 10, Fulda continued their good performance led by Aruna with a visit to TTC Zugbrücke Grenzau in the round of 16 of the German Cup and it was Fulda that laughed last with a 3-0 win to berth in the quarterfinal of the German Cup.