The year 2020 has come to an end and would be remembered as one of the years in which the world saw lots of lives being lost to the Novel Coronavirus.

However, before Covid-19 times were normal and the Ghana Table Tennis Association organized its first tournament of the year, The Chairmans Cup in February. The event was a success which saw players from different age categories competing in various divisions.

In spite of the global pandemic and the down-sizing of sporting activities, Emmanuel K. Asante did not rest on his laurels. He got himself busy by participating in Ping Pong For Peace, on the 27th of November in Takoradi.  The tournament organized by NK Foundation in conjunction with Ping Sans Frontieres, aimed at preaching peace ahead of the 2020 general elections in Ghana.

E.K Asante did not disappoint, he won the tournament, by defeating Romeo Ansah Carl by three games to one ( 3 – 1 ).

Hungry for success and wanting to prove himself as the best player in the Eastern region of Ghana, E.K Asante participated in the AFRINTO 2020 championship. This was an open tournament organized by the New Juaben Table Tennis Club, with sponsorship from Nana Yaw Boateng a former Ghana national player based in Australia, and his friends.

The tournament saw players from across the length and breadth of the country, participating in several age categories. Emmanuel K. Asante once again emerged as the champion of the senior’s division when he defeated James Marfo, three games to 1 ( 3: 1 ) in the final. 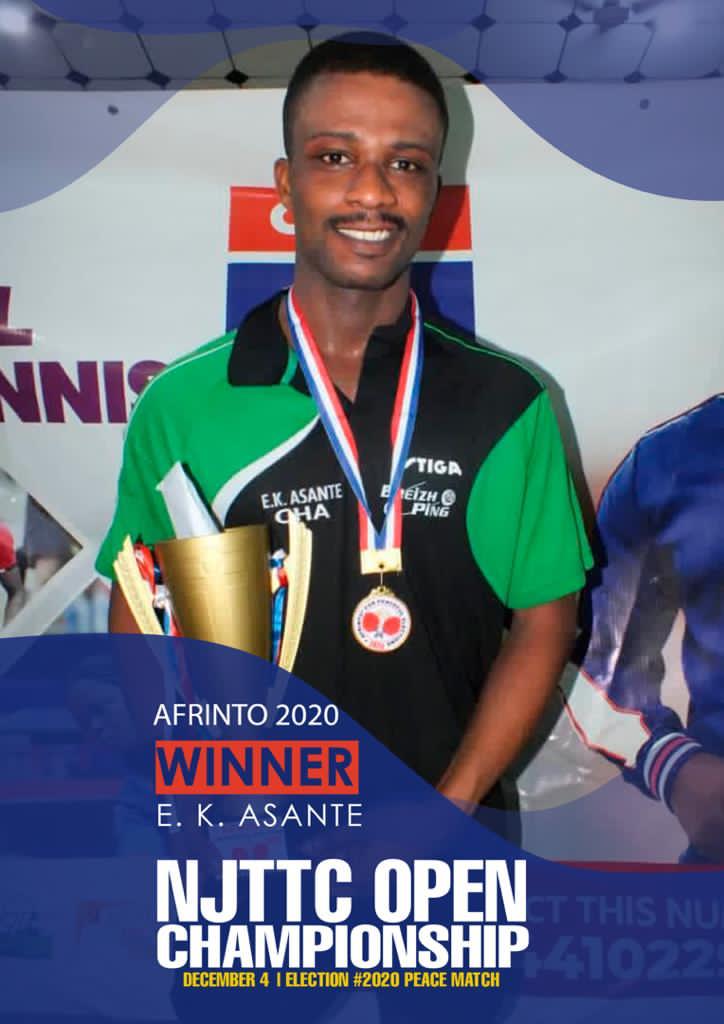 We at GH. Table Tennis would like to congratulate Emmanuel Kwesi Asante for a good job done in 2020. 2021 is upon us and we seek the guidance of the Good Lord in finding a lasting solution to the pandemic, in order for our sports to return to normalcy.