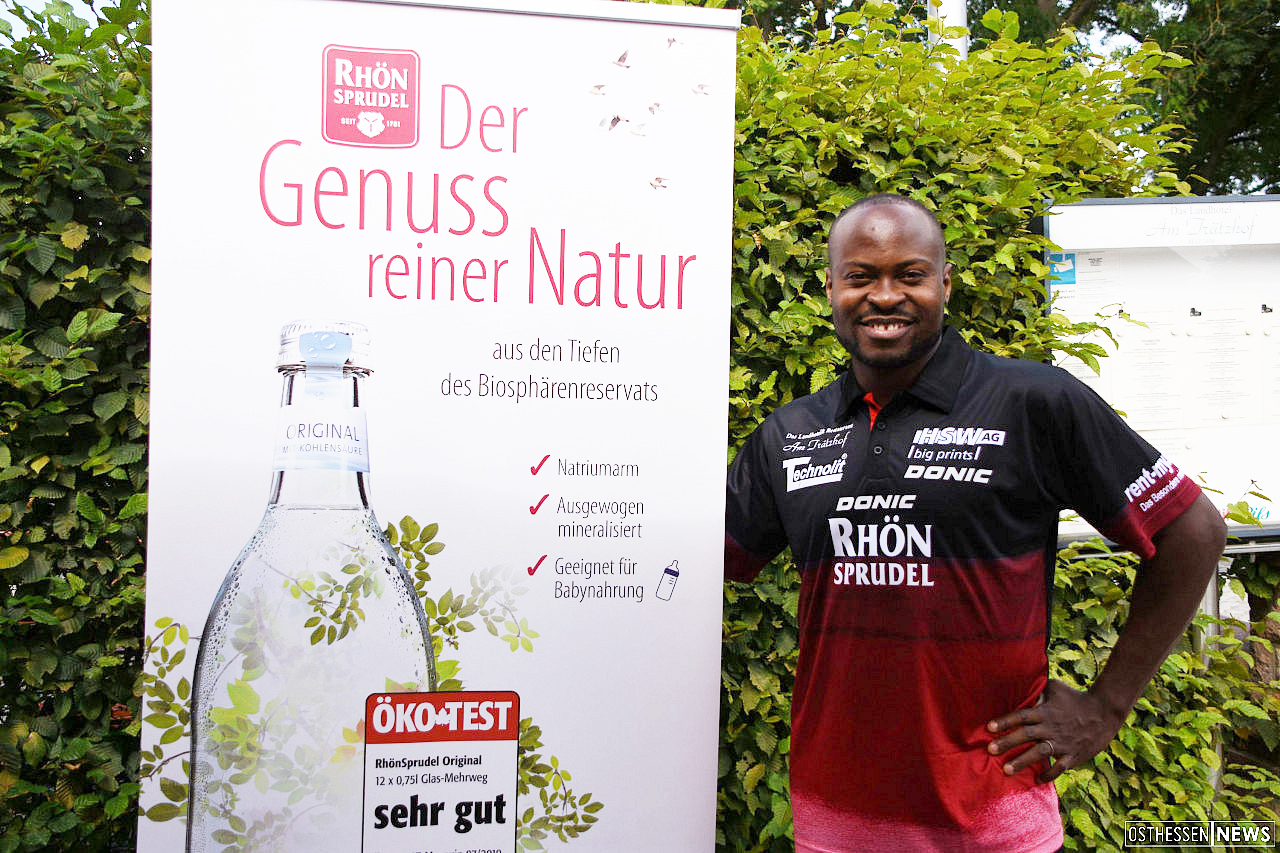 Having scanned through the records Quadri Aruna had set in the last six years, the President of TTC RhönSprudel Fulda-Maberzell (TTC) Stefan Frauenholz could not but tipped the Nigerian to be among the top five performers in the 2020/2021 Table Tennis Bundesliga (TTBL) season.

Quadri who replaced departed TTC top performer Croat Tomislav Pucar, is hoping to lead the team to top four target set by the management of the team.

The newcomer will “be among the five best Bundesliga players. In Fulda, however, Aruna also has big footsteps to fill in. After all, Tomislav Pucar left the TTC for Russia after two extremely successful years,” Frauenholz said.

This weekend on Sunday September 6, Aruna will lead TTC away to TSV Bad Königshofen who will be playing without their performers following COVID-19 scare in the team.

TSV Bad Königshofen started as a contender for the play-offs last season but they were unfortunate to finish in ninth place.

For the new season, the squad seems to be a bit weaker than last year, at least on paper following the exit Japanese Mizuki Oikawa, a top performer from previous years.

With the signing of Frenchman Abdel-Kader Salifou, a former player with TTC Neu-Ulm last season, the club believes Salifou is a good match for Bad Königshofen, as his new teammate Bastian Steger had already explained when he introduced the Frenchman.

“He’s a fighter with a great attitude who never loses a sentence. Our viewers will like that, especially since he has a very attractive style of play and an extremely strong forehand. ”

However, the team will depend all the more on Kilian Ort’s fitness level as the 24-year-old was forced to watch for a long time last season Final placement of Bad Königshofen.

Bad Königshofen will continue to be led by Bastian Steger, who at 39 years of age is still guaranteed points.