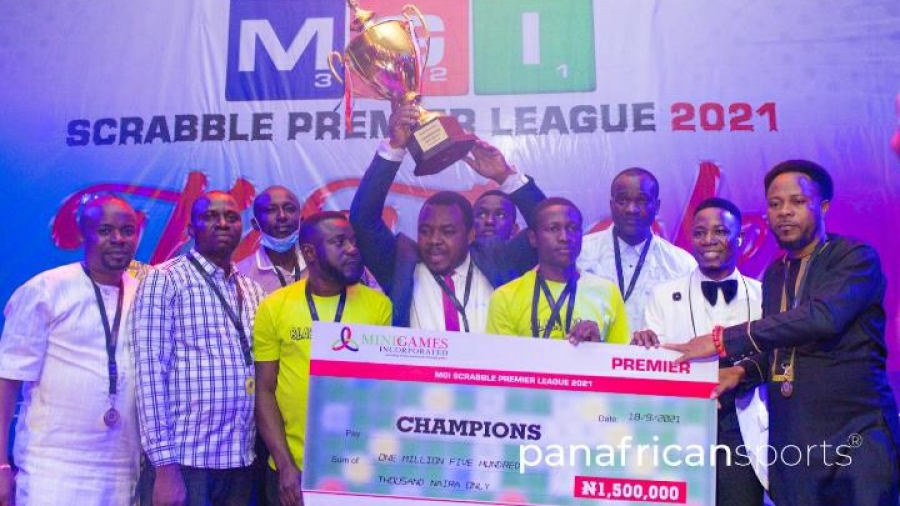 by lordkinful
with no comment
Organizers have begun activities towards the final weekend of this season’s Mindgames Scrabble Premier League (MSPL) and the prestigious Patrons Cup which holds on Friday and Saturday in Lagos.
The MSPL was introduced in 2019 as a team championship where players organized themselves into groups and compete across selected cities in the country over four weekends.
It has since re-ignited the spirit of teamwork, a sense of direction, and friendship amongst players while they compete on the board for honor and prestige collectively.
While the teams would be engaged in the MSPL, the Patrons Cup which is now in its second installment would be the battleground for individuals to win cash prizes as well as a trophy.
Both competitions would hold side-by-side at the same venue.
After three weekends of action in Lagos, Benin, and Abuja, Division A leaders Airpop Alpha would hope to wade off some fierce challenges and sustain their lead on the table as they head into Matchday 4 and 5 with 26 wins and 10 losses.
Lekki Bombers and Bulldozers occupied the second and third positions with 22 wins and 14 defeats but were only separated by individual players’ records.
Defending champions Brainiacs are fourth on the log with 20 victories in 36 rounds just sitting atop of Matchday Three winners Hurricanes who need more gusto to improve on their record of 19 wins and 17 defeats, a similar record shared with sixth place Bayelsa Maestros.
The Indomitable and Supremes who occupied the seventh and eighth positions, however, share a mirror-like result of 18 wins and 18 defeats.
Gracious Pickers Team A,  Tekena Drones, Phoenix, and Sterling Bombers complete the 12-team table accordingly.
Heading into the concluding weekend in Division B,  Southern Crowns shines brightly at the summit with 28 wins and 8 defeats ahead of second-placed Aries (25 wins & 11 defeats)  and Anagrammers (24 wins & 12 defeats) who occupied the third position.
Bayelsa Virtuoso (22 wins and 14 defeats) and D’ Warriors (19 wins and 17 defeats) would be aiming to launch out strongly with some beliefs despite occupying the fourth and fifth positions respectively.
Airport Falcons which is the only all-female cast team are sixth while FPC Titans,  Matadors, Encore Flamingos, High Flyers,  BSP Rangers, and Gracious Pickers Team B occupied the seventh,  eighth, ninth, tenth, eleventh, and twelfth place respectively.
Teams would stretch to pick every available point with every move in the remaining 19 games.
Meanwhile, American firm Scopely,  owner of the ScrabbleGO app will broadcast the matches live on its streaming platform: http://www.twitch.tv/scrabble
MGi Chief Lukeman Owolabi stated that his team is ready to deliver another standard-setting event that would match the excitement the two tournaments truly deserve.
A cash prize of over six million nairas would be won after the conclusion of matchday 4 and 5 on Saturday.
Share